It's been over 50 years since Beatles John Lennon and Paul McCartney sang "I Want to Hold Your Hand," about just how happy touching made them feel inside. They probably had no idea that their poppy little ditty had a basis in scientific fact. According to a February 2018 study published in the Proceedings of the National Academy of Sciences, researchers at the University of Haifa (Israel) have figured out a solution when "lovebirds" are chronically hurting: the transference of empathy and the pain-reducing power of holding hands.

The National Institutes of Health's Center for Complementary and Integrative Health reports that 50 million American adults experience chronic or severe pain. And while all you need is love, in fact, there are still some 25 million U.S. adults living with daily chronic pain. That's almost as many as the entire population of Texas.

The research team recruited 23 heterosexual romantic couples. The women, the "pain receivers" in these experiments, received pain stimuli via EEG recordings, under four conditions: 1) alone (without partners); 2) with partners, but without physical contact; 3) holding hands with their partners (the "pain observers") while receiving pain; and 4) holding hands with a stranger. In the third condition, because of the partner's touch, the women experienced less pain. It seems that hyperscanning, or this brain-to-brain coupling by the act of hand-holding while in pain, may have a soothing, analgesic effect, like the skin-to-skin touch that is beneficial to premature babies. In grownups, this interpersonal touch can help regulate responses to stress, increasing trust and emotional well-being.

This study is in line with earlier research which suggests communicating numerous emotions with touch, including decoding anger, fear, love and gratitude. However, this current study acknowledges that mechanisms identified as social touch analgesia (pain-relief without loss of consciousness), remains widely unknown.

There's more research to be done, for instance, focusing on clinical implications of these findings and even implications of empathy training. According to Goldstein, "it's unlikely that this research will solve the problem of painkillers."

For now, it's worth a try. Depending on what ails you, you may want to reach for your honey's hand to hold.

Now That's Interesting
One of the very first innate responses an infant displays is a hands-on approach, known as the palmer grasp reflex. 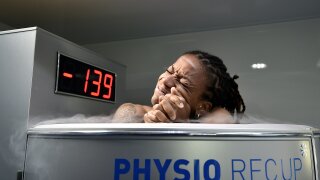 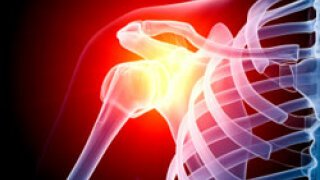 How do pain medications work? 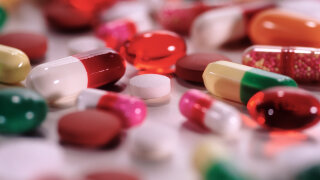