You're not sick and you don't have allergies, yet you're still sneezing—and it always seems to happen when you're suddenly exposed to sunlight. What's up with that?

You could be among the 10 to 35 percent of people who have photic sneeze reflex (PSR). The condition is a genetic trait some people are born with, so if you don't already have it, you won't develop it as you age — unless, of course, you experience a genetic mutation or a superhero-style industrial accident.

Scientists do at least know this sneeze reflex is not triggered by certain wavelengths of light, such as red light or violet light. Rather, it's the intensity of light that causes a sneeze to erupt. These findings were published in a 1993 Military Medicine Journal study exploring whether uncontrolled sneezing brought on by bright sunlight posed a danger to pilots during flight, and whether specific wavelengths had an effect.

As it turns out, figher pilots — and you — can simply wear sunglasses to prevent sneezing fits.

If a sneeze is all about your respiratory system, what does sunlight hitting your eye have to do with anything?
Colin Hawkins/Getty Images
Now That's Cool
"Sternutation" is another word for sneezing. The first-known use of the word "sneezing" occured in 1646, when Sir Thomas Browne wrote "Pseudodoxia Epidemica" to refute popular superstitions.

Could Your Tattoos Camouflage Skin Cancer?

Scientists Able to Change the Way People Feel About Faces 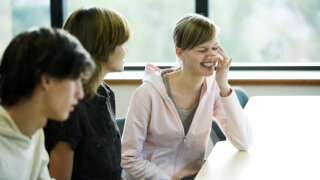 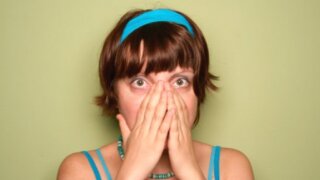 If you sneeze with your eyes open, will your eyes pop out of your skull?