If you're a tobacco user these days, you may already be familiar with e-cigarettes. They're the electronic battery-powered devices that heat a fluid, aka e-liquid or vape juice, which contains nicotine and other ingredients to create an aerosol that's inhaled, in place of the smoke that conventional cigarettes produce by burning tobacco leaves.

E-cigarettes are rising in popularity, with 10.8 million adult users in the U.S., according to a study published Oct. 2, 2018 in Annals of Internal Medicine. Part of the attraction may be that they're not perceived as being as hazardous to health as conventional smoking, since users don't get the cancer-causing tar found in conventional cigarettes. Add to that the allure of the sweet-tasting flavorings available for addition to the e-liquid, and people such as U.S. Food and Drug Administration commissioner Dr. Scott Gottlieb worry it may all be too appealing to youthful users.

But that pleasant taste may have a downside, researchers say. In a study published Oct. 18, 2018 in the journal Nicotine & Tobacco Research, scientists from Duke and Yale universities found that chemical flavorings for vanilla, cherry, citrus and cinnamon interacted with solvents such as polypropylene glycol and glycerol in the e-liquid, to form new compounds called acetals, which can trigger irritation and inflammation when inhaled. According to the Duke Medicine press release, the interaction occurs even before the e-liquid is heated.

"We simply don't really know what long-term effects these compounds (and many other compounds in e-cigarette liquid) have on the airways," says Hanno Erythropel, a postdoctoral associate at the Yale Tobacco Center of Regulatory Science and a co-author of the study. "Many of the additives to e-liquids have GRAS status, which means generally regarded as safe. But that is based on ingestion and on dermal (skin) exposure. There isn't much knowledge about what these compounds might do in the airways and lungs. That is true for all vapers, young and old."

What Are You Actually Smoking?

"I think the main takeaway is that the assumption that e-liquids are a final and stable product is challenged by our work," says Erythropel, who adds that scientists already know that further reactions take place during the heating step. All of this means that the initial list of ingredients for e-liquid "is likely different from the final e-liquid composition, which in turn is different from what the user is exposed to in the generated aerosol."

How that might affect vapers' bodies isn't yet clear. "When inhaled, these compounds will persist in the body for some time, activating irritant pathways," said Sven-Eric Jordt, an associate professor of anesthesiology at Duke University School of Medicine and a senior author of the paper, in the press release. "Over time, this mild irritation could cause an inflammatory response."

But Erythropel notes that while such irritation could be a risk for users with asthma, the researchers have other concerns as well. "If this reaction can take place that creates a more irritating compound (or possibly more toxic), what other reactions can take place that might cause increased risk for users? We simply don't know. I would add that long-term effects of vaping on the airways and the whole body are generally unknown given how young these devices are, independent of the final composition of the e-liquid. But the fact that these more irritating compounds form is certainly not reassuring in that regard."

Robert Strongin, a professor of organic chemistry at Portland State University who wasn't connected with the Duke-Yale study, says in an email that the study breaks new ground.

"The reaction between the aldehyde flavors and the solvents on heating is very basic organic chemistry, totally reasonable," he says. "It creates a new set of chemicals that had not received a lot of attention to date. Their formation is not at all surprising, but hadn't been reported previously. Our earlier studies showed an analogous reaction with solvents and formaldehyde."

Strongin says that just as users aren't aware of these new chemicals being created in e-liquid, scientists similarly don't know much about the effect of those chemicals on the body.

"We know very little or nothing about the flavoring additives or even much about the solvents as far as their inhalation toxicity, especially as chronically used in e-cigarettes," Strongin says. "Chemicals safe for ingestion are not necessarily safe for inhalation. Inhaled organic solvents and flavorings bypass processing by the stomach and liver. Lung tissue is different. Just because we can eat flavor molecules doesn't mean at all that it's OK to inhale them."

Erythropel says that more research is needed on the chemical changes in e-liquids and what health effects they may have.

"One of the things we are currently looking at is the general toxicity of these compounds toward mammalian cells, although we of course don't expect them to be deadly poisonous, knowing that some of the acetals we found are considered GRAS," Erythropel says. "It's still an important piece of the puzzle. Ultimately, I think there will need to be more systematic research on the possible reactions taking place within e-liquids, which is quite a challenge given the speed at which new flavors enter the market on a daily basis (there are an estimated 7,000+ flavors on the market at the moment)."

"Based on that knowledge, future regulatory efforts should target specifically the more reactive chemicals added to e-liquids," he says.

Now That's Interesting
In October, the FDA issued a warning letter to a company for marketing an e-liquid that the FDA said contained two chemicals that are active ingredients in prescription medicines for erectile dysfunction. "There are no e-liquid products approved to contain prescription drugs or any other medications that require a doctor's supervision," FDA commissioner Gottlieb explained in a press release. 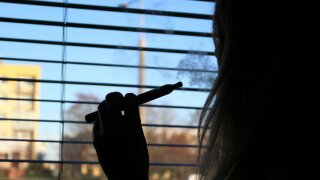 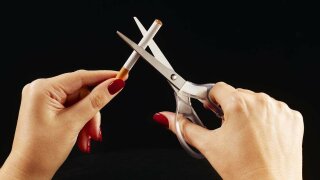 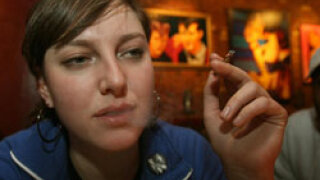 Are tobacco companies increasing the nicotine content in cigarettes? 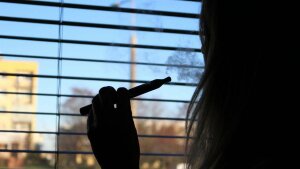