5 Body Parts With the Most ER Extractions 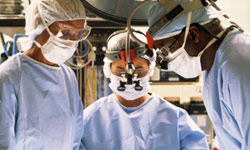 Can't believe you got that in there? Don't think you can get it out? It might be time to visit the ER.
Adamsmith/Getty Images

You never really know who -- or what -- you're going to find in an emergency room. One night it could be a couple of people with chest pains. The next day, it could be populated with a slew of folks suffering from a severe respiratory infection. Most of the time it's a mix. Cardiovascular problems, diabetes complications, injuries from falls and accidents, psychological disorders and varying infections are behind most emergency room visits [source: Elixhauser et al].

These, of course, are serious conditions in need of immediate attention, but as far as ER excursions go, they're pretty run-of-the-mill. Every now and then, however, things get bizarre. People show up with foreign bodies in unusual places, and suddenly the ER more closely resembles the afterlife waiting room in the movie "Beetlejuice" than it does an actual clinical setting.

A recent survey of American emergency department visits showed that more than 500,000 people who visited ERs had foreign body-related diagnoses [source: Centers for Disease Control and Prevention]. Some of the objects people have had removed are odd. From a swallowed cutlery set to a cell phone shoved up a rectum, there seem to be no reasonable explanations for some cases [source: Daily Cognition]. However, many accidents involving foreign objects are more common than you might think, and the patients involved run the gamut from infants to the elderly. Basically, anyone is at risk of having an accident where an object gets stuck in the skin, eyes, ears, throat, nose or … elsewhere. To learn more about the freakish possibilities, keep reading for the most common places on the body for an ER extraction.