by Becky Striepe
Prev NEXT
1 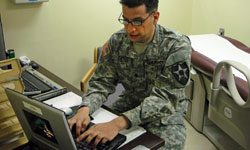 Despite preventive measures, sometimes troops still fall ill, and the treatments are usually very similar to civilian medicine. Troop illness can devastate a mission, so medics and Army physicians and nurses have to act quickly to treat illness and prevent it from spreading. Something as simple as diarrhea can undermine an entire mission if it spreads through a unit of soldiers.

In a combat situation, Army doctors often have to make tough calls about which patient needs immediate treatment, and technology can be a huge help in these situations. Paper medical records are cumbersome and often just plain impractical, especially for doctors working in the field. The U.S. Army's paperless system, Medical Communications for Combat Casualty Care (MC4), allows Army physicians to keep lifelong medical records for all service members, which helps them to prioritize and treat illness much more easily than in the past.

For links to more great articles, click to the next page. 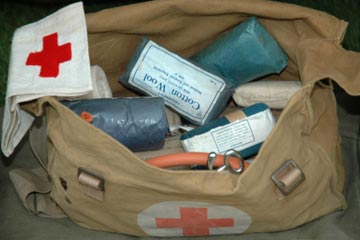