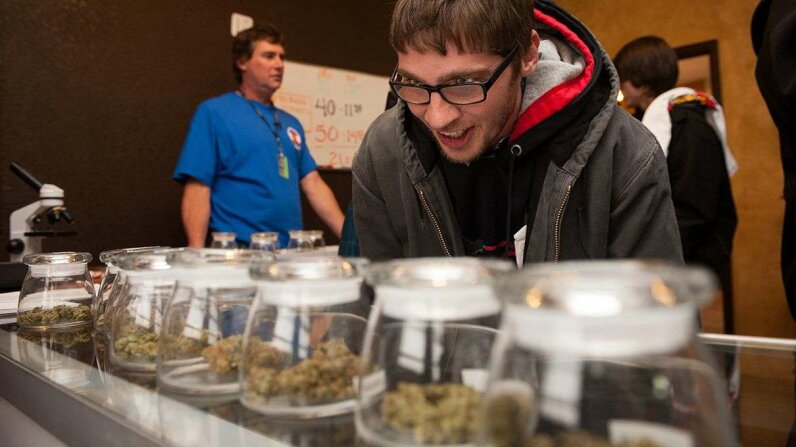 Colorado has allowed the legal use of recreational marijuana for more than two years, drawing a number of visitors to the state. New research has found that out-of-state visitors to Colorado who consume marijuana are increasingly going to the hospital due to adverse effects.

The new joint study from Northwestern Medicine and the University of Colorado School of Medicine, will be published in the New England Journal of Medicine on Thursday, Feb. 25.

"Emergency room visits related to cannabis use have increased more dramatically among out-of-state visitors than among Colorado residents," said lead investigator Dr. Howard Kim in a press release preceding the study's publication. "This may indicate that out-of-state visitors are unprepared for the adverse effects of marijuana use."

The results of a recent study show a significant difference in ER visit rates due to marijuana.
HowStuffWorks

From 2012 to 2014, the amount of out-of-state visitors going to the ER with marijuana-related concerns rose 109 percent (from 78 to 163 per 10,000 overall emergency visits), while the instance of Colorado residents increased only 44 percent (from 70 to 101 per 10,000). About 1.2 million people per year visit Colorado hospital emergency departments, according to the Colorado Health Institute.

The researchers didn't look into whether ER visitors consumed edible or smoked cannabis, though Kim pointed out that edibles have a highly variable potency and their effects can often take longer to kick in, which can lead to accidental overconsumption by inexperienced users.

A December 2015 study by the Colorado Tourism Office found a significant number of visitors to the state indicated pot's legality was a major influencer in their decision to visit. Only 8 percent of the visitors surveyed said they actually visited a dispensary, though, and officials in the state's tourism office clarified that they consider marijuana tourism a niche market.

"Anecdotally, we noticed that most out-of-towners were in Colorado for other reasons, such as visiting friends or on business," Kim said. "They ended up in the ER because they decided to try some marijuana."

The researchers credit the state's "Good to Know" education campaign as a factor behind why resident ER visits increased at a lower rate than that of out-of-towners, and recommend public health education campaigns for any states liberalizing their marijuana policies. Recreational marijuana use is currently legal also in Alaska, Oregon and Washington.

Now That's Interesting
In 2015 a Nevada politician proposed a bill to allow medical marijuana use for sick pets; the bill was unsuccessful.