by Dave Roos Oct 17, 2017
An ambulance arrives at the site of an explosion in the Chelsea neighborhood of Manhattan on Sept. 17, 2016 Mohammed Elshamy/Anadolu Agency/Getty Images

Remember the 1990 Public Enemy song "911 is a Joke"? Flavor Flav's dancing left a lot to be desired, but behind the tongue-in-cheek lyrics lurked a long-standing frustration in many communities of color, that police and ambulances seemed to take forever to respond to 911 calls in predominantly black and Latino neighborhoods.

But is it really true? Can an ambulance refuse to respond to a 911 call because it's in a "bad" part of town?

"The short answer is 'no,'" says Cathy Chidester, director of the Los Angeles County Emergency Medical Services Agency, one of the largest emergency response systems in the United States.

In Los Angeles, the county contracts with private ambulance companies to serve specific geographic areas. Ambulances are required to respond to all 911 calls in those areas in less than nine minutes at least 90 percent of the time. A "no show" — defined as anything later than 15 minutes — carries a $3,000 fine.

In Pittsburgh, Pennsylvania, every municipality in the county contracts with a private ambulance company to respond to 911 calls within its geographic boundaries.

When a 911 call comes into the dispatcher, the caller's address is automatically linked to a specific ambulance company, explains George Dudash, executive director of NorthWest EMS, which covers 14 communities in the Pittsburgh area. Late responses don't trigger fines in Pittsburgh, but Dudash says his ambulances arrive in less than eight minutes to every call in every neighborhood.

So that's the situation today. But "911 is a Joke" came out 27 years ago, when memories of a very different reality would have been fresh in many people's minds. The ambulance system as we know it — well-equipped vehicles staffed with trained paramedics or EMTs — didn't exist anywhere in the U.S. until the late 1970s and early 1980s. Before that, emergency response was an unregulated hodgepodge of police paddy wagons and private vans, and discrimination was undoubtedly a problem.

Paramedics and EMTs weren't even a thing until an eye-opening 1966 report by the National Academy of Sciences found that a seriously injured person would have a better chance of surviving on a battlefield in Vietnam than in most American cities. That's because the Army had trained medics who could perform life-saving procedures in the field, but civilians had to get to a hospital before any treatment could begin. That report led to the first paramedic training courses and EMT certifications by the 1970s.

Chidester of L.A. County EMS says that before California put strict regulations and procedures in place for emergency response in 1980, private ambulance services often raced to be the first one to arrive to a call.

"They would siphon gas out of each other's ambulance, they would put things in the way, they would deflate tires, or they would argue over who was going to take the patient," says Chidester, comparing the antics to the 1976 Bill Cosby comedy "Mother, Jugs & Speed."

"All they'd have to do is say that they were 'encumbered' [busy] so they couldn't go," says Chidester.

The current system of awarding exclusive service contracts to specific ambulance companies means that providers are held accountable, Chidester says. "If they don't make it to a call, you go out there and you find out why."

But what about payment? A single trip in an ambulance can easily run $1,200 to $1,500. You could see how an ambulance company might be concerned that clients from lower-income neighborhoods would be less likely to pay their bill. Could that lead to no shows?

Dudash from NorthWest EMS in Pittsburgh says absolutely not. Getting stiffed is just part of the ambulance business. Between high-deductible insurance policies, lowball Medicare reimbursements and people who simply can't pay, Dudash says he pockets about 35 cents for every dollar he bills. Rather than sending a collection agency after unpaid ambulance bills, the company simply writes it off as bad debt.

"That's the reason I've never gone to Vegas," jokes Dudash. "Every time an ambulance goes out, it's a gamble."

Now That's Cool
The hit 1970s TV show "Emergency!", which chronicled the adventures of a team of handsome Los Angeles paramedics, did a lot to raise public awareness of the emerging field of professional emergency response.

Reality Probably Isn't a Computer Simulation After All, Analysis Finds

Inside Yellowstone's 'Zone of Death' Crimes Can't Be Prosecuted 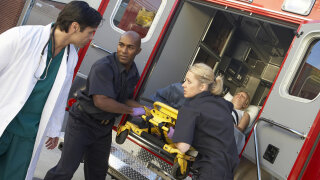 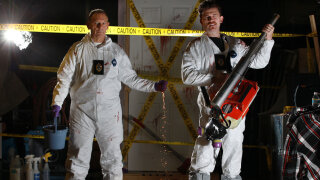 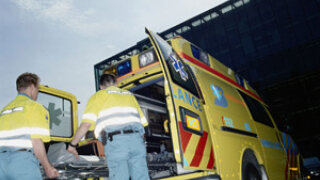