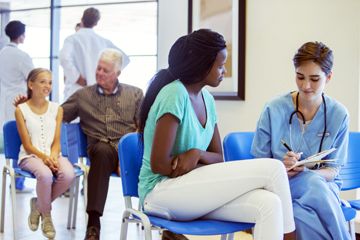 Understanding insurance is tough enough, but what happens when emergencies come into play?
Caiaimage/Robert Daly/Getty Images

Most of us are vaguely aware that our health insurance isn't an umbrella that covers every type of care or provider we could possibly need. In fact, the whole "in-network," "out-of-network" costs debate has made a lot of us extremely conscious of what exactly our insurance will pay for. If I have a broken arm, you better believe I'm going to make sure I go to the "in-network" hospital in the area, lest I find myself giving up that arm (and a leg?) to pay for a cast.

But it turns out that simply choosing an in-network facility is not the same as finding an in-network provider. An emergency room practitioner — maybe a doc or other specialist — might work in your in-network hospital, but that doesn't guarantee that they're in your network. It's not unusual for them, in fact, to follow different insurance rules than what is covered by the hospital you're visiting.

Confused? Fair enough — the health care and insurance systems are not known for their transparency, and this adds an extra dose of perplexity. But the process is actually pretty straightforward: Emergency room providers — be they doctors, specialists or consultants — can provide contract services to a hospital or emergency department. The catch? They don't have to be an in-network provider themselves for every hospital where they work. So if you're going to in-network hospital General Mercy to get stitches, you might be seen by a doc who's simply contracted with General Mercy, but out of its network. In fact, some providers you see in the ER might not accept any insurance at all [source: Rosenthal].

So what does this mean for a patient? Essentially, it comes down to getting a way more expensive ER bill than you anticipated. According to the Center for Public Policy Priorities, you're likely to see that 40 to 70 percent of your emergency room bill is out-of-network costs from a physician's services, even at an in-network facility [source: Pogue]. That's a big chunk of unexpected change.

It wasn't always the case that emergency room personnel were contracted out. (And do keep in mind that an estimated 65 percent of emergency room doctors are now contracted [source: Rosenthal].) It used to be that the hospital staffed the emergency room, which would mean positions were filled by in-network docs. But now that contracted services are taking place, there's a significant shift in how those providers bill. While the patients' insurance might give the providers a portion of their payment, the providers can "balance bill" the patient for the remaining cost [source: Tillman]. So if your insurance provides the doc with $100 for each of your stitches, the doc can bill you directly for $400 more if the stitches are set at a cost of $500 each.

So what's a consumer to do? Unfortunately, not much. In an emergency, it's unlikely that you can call ahead to confirm which docs are in network — if there are any. Remember that you're probably signing paperwork in the ER that states you might get care from an out-of-network provider. You could try to request the staff inform you when you're seeing someone not in your network although, admittedly, that might not be possible in many cases [source: Levy]. Your best bet might be to argue the charge after the fact. But as with a lot of medical issues, you might be wishing you had an ounce of prevention versus a pound of cure. 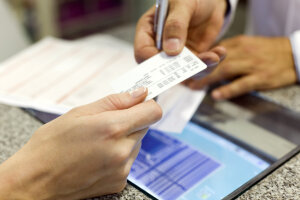 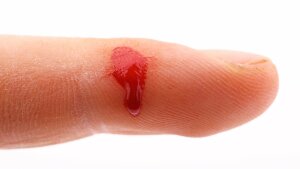 10 Reasons Not to Go to the ER 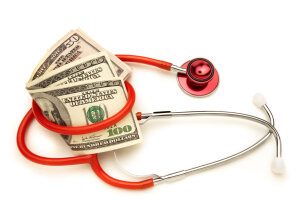 Why are visits to the emergency room so expensive?