5 Most Challenging Aspects of Being a Nurse

Browse the article 5 Most Challenging Aspects of Being a Nurse 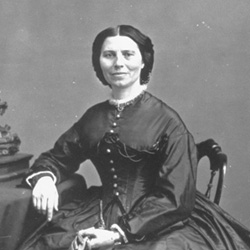 Fortunately, most nurses aren't faced with the situations that made Clara Barton famous -- but even the best of medical work enviornments bring their own challenges.
Time & Life Pictures/Getty Images

Clara Barton, founder of the American Red Cross, lived up to her nickname "Angel of the Battlefield." A volunteer nurse, Barton helped care for the wounded at Antietam -- the most lethal battle in the Civil War -- using much-needed medical supplies that she herself had spent a year collecting. Among those supplies: fresh bandages to replace the corn leaves that surgeons had resorted to using as wound dressings and tourniquets [source: National Park Service].

The vast majority of nurses will not go down in history like Barton, but they're heroes to the patients they minister to. Licensed practical nurses, or LPNs, perform indispensable, yeoman duties in the hospital, nursing home and doctor's office. They may take patients' medical history, fill out insurance forms, give injections and start intravenous drips (IVs). They may supervise nursing aides, teach school kids about hygiene and show patients' families how to administer medication and give baths.

Registered nurses, or RNs, take on more specialized nursing duties. Some are educators, managers and consultants. Some specialize in certain fields, from dermatology to substance abuse.

Today's nurses may never have to scrounge for supplies, but they face on-the-job challenges of their own. In this article we look some of the mountains and molehills they regularly encounter. As with every job, some headaches are inevitable. However, there are many ways that nurses' patients, their patients' families and their colleagues in the medical field can make life easier for these hard-working professionals.

The Health Hazards of Working in Health Care 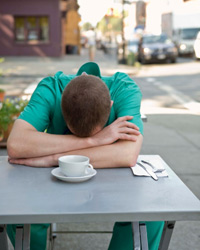 Imagine working a 12-hour day. Now imagine that instead of sitting, you were on your feet, lifting equipment and talking patients and their families through potentially upsetting treatment options.
Getty Images/Jupiterimages/Creatas/Thinkstock

Some nurses work just 36 hours a week. But those hours are sometimes compressed into three 12-hour shifts, sometimes on consecutive days. A 40-hour workweek might consist of four 10-hour shifts. Some nurses enjoy having three or four days off a week and believe the longer shifts lead to more consistent patient care with fewer errors. However, others find that the extended hours add stress to an already demanding job and actually increase the risk for errors, and some studies back them up. Furthermore, some states permit health care workplaces to institute mandatory overtime to make up for staffing shortages.

Regardless of the hours, nursing takes a toll on the body. Nurses risk joint and muscle strain from walking, standing and moving patients. They're exposed to body fluids and other biological hazards, viruses, harsh sterilizing chemicals and radiation from X-rays and other diagnostic tools. On-the-job injuries range from needlesticks to attacks by mentally ill patients.

The job can be psychologically draining, too. The desire to care for others and ease suffering that inspires people to go into nursing can also cause them to leave it. They may experience emotional weariness from being closely involved with people's suffering -- sometimes called compassion fatigue -- or from feelings of inadequacy and self-blame, a condition called stress of conscience. Conflicts between personal values and employer practices on ethical issues such as euthanasia and stem cell research can lead to moral fatigue.

Over the last decade, nursing earned a reputation as one of the best fields for finding ready, and steady, employment. Government figures anticipate a 25 percent growth rate between 2010 and 2020 in the United States. That translates into a need for about 700,000 RNs and 170,000 LPNs in addition to the 3.5 million nurses now working [sources:U.S. Bureau of Labor Statistics ("Registered Nurses"); U.S. Bureau of Labor Statistics ("Licensed Practical and Licensed Vocational Nurses"].

The changing face of health care, however, brings a challenge in predicting which field to pursue. For example, an LPN may earn less working in a nursing home than in a surgical hospital. Long-term care of the elderly is one of the fastest-growing fields in medicine, however, while hospitals are cutting staff as more people opt to have surgery in free-standing clinics. Thus, a job in a nursing home may be more secure. At the same time, competition for these positions is keeping pace with growth, which may make it harder to land either job in the first place.

Most nurses are represented by state nursing associations, which advocate for nurses on workplace issues. Only about 20 percent of nurses currently belong to unions [source:Bureau of Labor Statistics]. Associations have the strength of their numbers behind them, but ultimately, state law and individual employers determine wages, benefits and working conditions. Supporters say that a single, national union would improve job security, workplace safety and patient care. But others fear it would also mean trading local control and flexibility for large-scale bargaining power.

You (Have to) Learn Something New Every Day 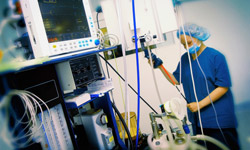 With new therapies and technologies being introduced frequently, continuing education is an important part of work in any medical field.
Medioimages/Photodisc/Digital Vision/Thinkstock

In 1908, the Chautauqua School of Nursing boasted that graduates were earning $10 to $25 a week after just a few months of study (by correspondence, even) [source: American Association for the History of Nursing]. Those schools were the bane of serious nurses at that time, when the young profession was struggling for respect and recognition.

Today, some nurses might wish for those good ol' days of minimal study. Very soon, some experts predict, the rate of advance in medical science will double every year [source: National Advisory Council on Nurse Education and Practice]. Thus, keeping up with trends, technology and research -- and learning the new technical skills that go with them -- means continuing education (CE). In some states, CE is required to maintain a nursing license. In Illinois, for example, a nurse must complete 20 hours of approved CE over the two-year span between license renewals. Approved CE may include attending or teaching classes or seminars or having articles published in medical journals.

In addition to satisfying state laws, nurses must maintain any credentials they've earned in specialized skills or practice. A pediatrics nurse, for instance, might be tested on neonatal resuscitation.

Employers may provide (and pay nurses to attend) state-mandated CE or training that's valuable to their job effectiveness, which eases the time and money crunch. Taking advantage of other types professional development -- traveling to a conference, for example -- would come out of a nurse's own schedule and wallet.

The Window of Career Opportunity 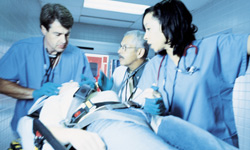 Every nursing specialization has its own challenges, but the greater issue may be getting into your specific field of choice in the first place.
Comstock/Thinkstock

Nursing is a field ripe with paths for career advancement and specialization. With experience, an LPN may rise to a supervisory role. With additional coursework, he or she can be credentialed in a subspecialty such as IV therapy.

By earning a master's degree, an RN can become an advanced practice registered nurse (APRN), which includes focused jobs such as clinical specialist, anesthetist, nurse-midwife and nurse practitioner. Other advanced degrees open doors to positions in management, administration and public policy. RNs can become researchers and sales representatives for drug and medical supply companies, or entrepreneurs in those or related areas.

However, as of 2012, the sluggish economy was threatening nursing opportunities in two ways. First, to fight rising costs, some hospitals were increasing overtime hours of their employees rather than hiring more staff. When a position did open up, it may have gone to a semi-retired or part-time nurse who was pressed to work full-time by the recession.

Meanwhile, a glut of new graduates was dampening demand. Experienced nurses who return to school for an advanced degree always risk finding greater competition when they finish their studies. Some authorities argue for allowing nurse practitioners to take on some responsibilities traditionally reserved for physicians. This would not only increase opportunities, they say, but also meet the growing need for health care. 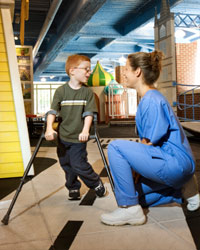 Understandably, not all patients have a smile for their nurses -- but it helps make everyone's day better when they do.
Getty Images/Jupiterimages/Comstock/Thinkstock

You may recognize the title of this page as a line from Aretha Franklin's 1960s hit, "Respect." The anthem still resonates with nurses today. For all their education and responsibilities, nurses sometimes find that their work doesn't get the respect it deserves.

First, as a predominately female profession, nursing is still seen as less important than fields dominated by males, which includes many other branches of medicine. The way medicine is practiced feeds the perception. Nurses typically rank below doctors in authority, pay and education. So doctors sometimes -- whether intentionally or not -- devalue nurses' skills and opinions.

Some nurses also complain of disrespect from their peers. In one study, 70 percent of nurses said that fellow nurses and nurse managers who were rude, critical and unsupportive caused them to leave a nursing job. Among new nurses, 60 percent quit after six months due to this hostile environment [source: Townsend].

Then there are the patients. People who are sick, in pain or facing a frightening medical situation might lash out at nurses as the easiest target. One nurse compared dealing with patients to her previous job as a waitress, where she bore the anger of customers whose pizza had the wrong toppings [source: Bryan]. Some nurses blame the unflattering stereotypes offered by the entertainment media for desensitizing patients and their families. But nurses aren't the cold authoritarians or faceless servants you may see on TV (although even the best nurses have bad days -- they're only human). They're caring professionals, and quite possibly a patient's strongest advocate. That's worth remembering the next time you find yourself in the hospital. 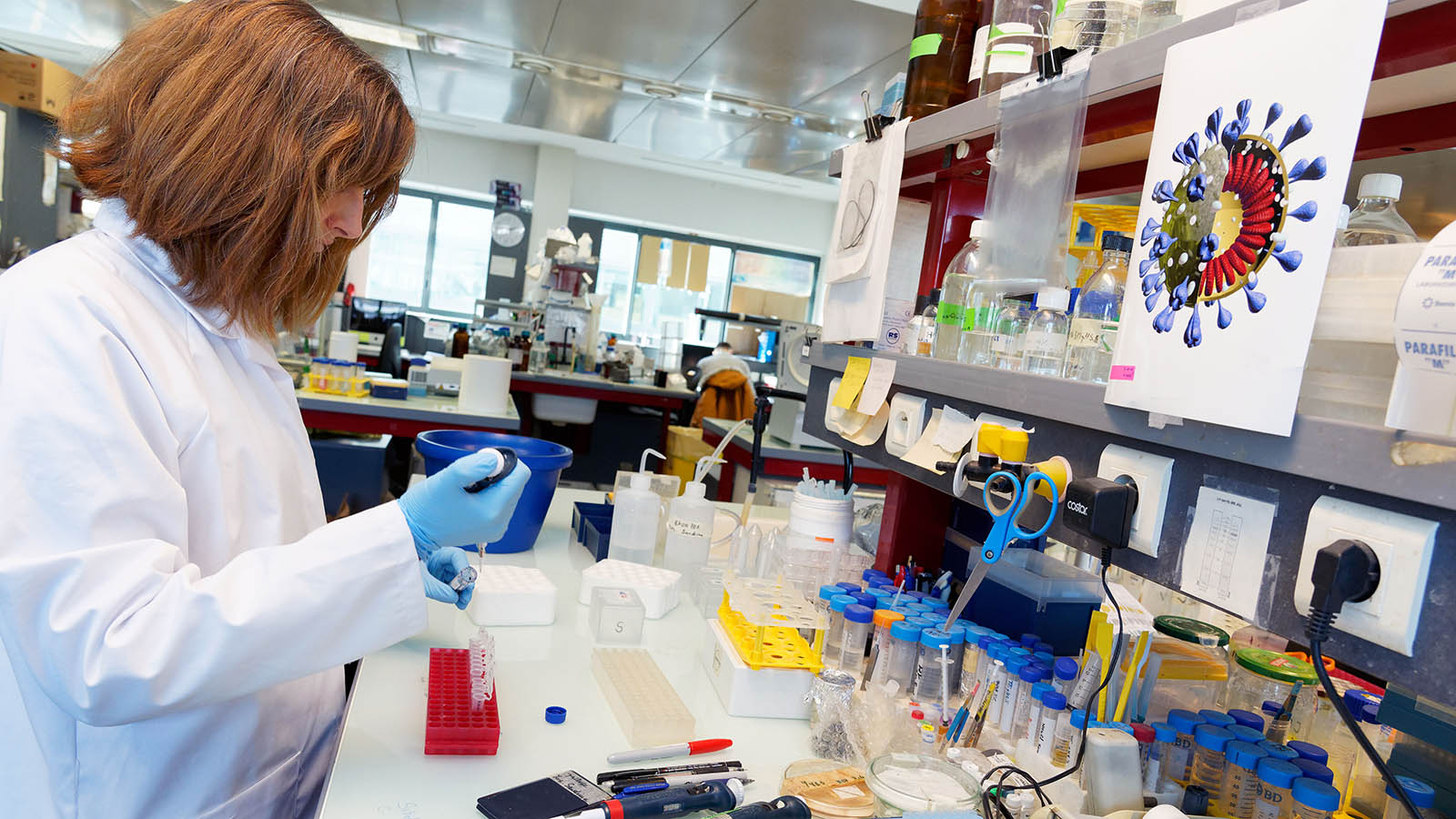