What is the future of nursing?

Browse the article What is the future of nursing? 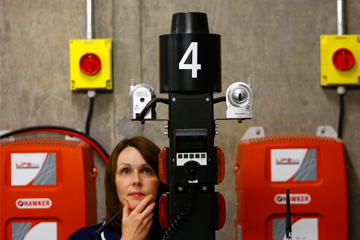 Nurse Lesley Shepherd poses next to a robot tested for use at the Forth Valley hospital in Larbert, Scotland, on June 18, 2010. The robots were deployed in the hospital for tasks such as transporting clinical waste, dirty linen and food.
© David Moir/Reuters/Corbis

Over the centuries, as health care has evolved, nurses have often helped lead the transformation. In the 1850s, for example, a British nursing supervisor named Florence Nightingale, who was asked by the government to run the Army's nursing corps during the Crimean War, cleaned up hygienic practices at the British main hospital in Turkey, where more soldiers were dying from infectious diseases than battlefield injuries. In addition to scrubbing the walls and floors and making sure that clean bandages and soap were available, she upgraded the kitchen so that patients with special dietary requirements could get what they needed. Her work not only reduced the death toll, but also helped drive a revolution in hospital administration [source: Biography.com].

Today, the nursing profession is preparing for a health care future in which new technologies will radically change treatment, and nurses -- along with other non-physician professionals, such as dietitians, social workers, pharmacists and others -- will work in interdisciplinary teams and take over many aspects of care [source: Heller, et al.].

Beyond anatomy and physiology, nurses of the future will have a familiarity with fields such as genetics. They'll use a new generation of less-invasive and more accurate medical tools for diagnosis and treatment, such as nanosensors applied through tattooing. They'll be comfortable working with gadgetry ranging from medical robots and 3D printers to the biometric markers that will be used to protect sensitive patient data [source: Huston].

One area in which nurses will play a critical role is in the use of genomics, a field that focuses on the function and structure of the DNA blueprint within our cells and how it affects health. In order for patients to benefit from advances in genomics, nurses who take patients' family histories will need to know the right questions to identify those who are vulnerable to genomic-influenced health conditions and adverse drug reactions. They'll also need to understand genomic-based treatments so that they can not only give them to patients, but also explain them well [source: Huston].

And they'll have company in hospitals. Nurses will become accustomed to robots being used not only in surgery, but also to help provide patient care. In Japanese hospitals, such machines already are helping with tasks such as washing and carrying elderly patients. Future bedside manner will include helping patients deal with mobile diagnostic robots, which will transmit video images and diagnostic data from sensors to doctors who aren't nearby [source: Huston].