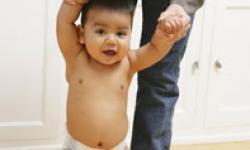 Is it worth losing the weight if you can't control your bowels?
Steven Puetzer/Digital Vision/Getty Images

Weight loss: it can be an embarrassing subject. But is it more embarrassing than fecal incontinence? Many people would do just about anything to shed their excess weight, and it shows. All of the products sold that claim to assist in weight loss add up to a billion-dollar industry. This includes prescription drugs designed to help during dieting. One of those prescription drugs has a particularly nasty side effect.

Xenical (generic name orlistat, now sold over the counter in a lower dosage as Alli) is designed to prevent the body from absorbing fat and therefore decrease the actual calorie intake of its users. During Xenical's clinical trial, researchers found that up to 30 percent of ingested fat was excreted unabsorbed by subjects [source: Xenical]. Patients must follow a low-fat diet of around 15 grams of fat per meal. If they don't, there can be disastrous results. According to Roche Laboratories, side effects of Xenical include "gas with oily discharge, an increased number of bowel movements, an urgent need to have them, and an inability to control them, particularly after meals containing higher amounts of fat than are recommended" [source: Xenical].

Alli came on the market in 2007, and although it's a lower dosage of orlistat than Xenical -- 60 mg instead of 120 mg -- it still has the same side effects (which Roche calls "treatment effects"). Roche's Alli Web site states that "it's probably a smart idea to wear dark pants, and bring a change of clothes with you to work" when you first begin taking Alli [source: Alli Web site]. Alli was initially very popular with dieters. Sales have declined sharply, however -- quite possibly due to this rather weird and gross side effect.

The next side effect on our list, number three, also has to do with a loss of control.