30 Is the New 10: Study Says You Only Need a Tetanus Booster Every 30 Years

Browse the article 30 Is the New 10: Study Says You Only Need a Tetanus Booster Every 30 Years 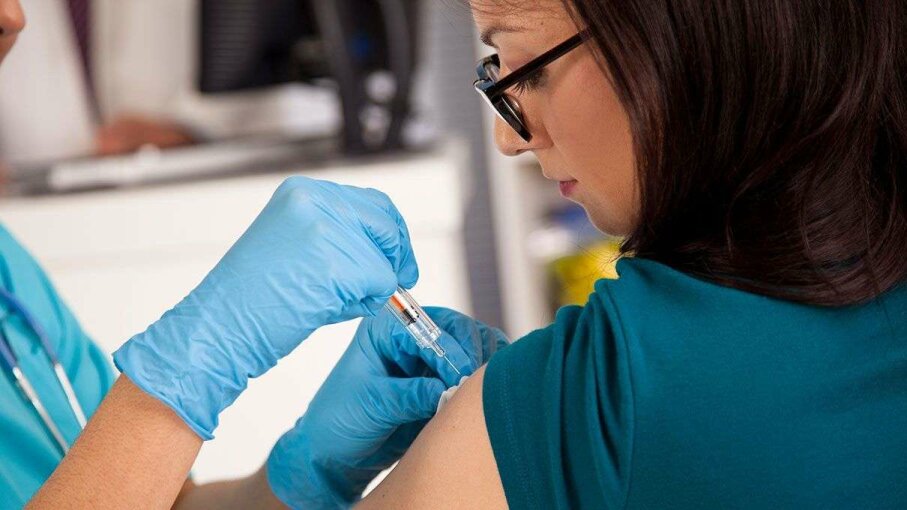 A tetanus booster shot may only be required every 30 years. Oregon Health & Science University

Your doctor may inquire whether you've had your 10-year tetanus booster shot, but what if you could wait a whole 30 years instead? Scientists have found out that the longer wait is perfectly OK.

It wasn't that long ago that tetanus (also known as "lockjaw") and diphtheria struck fear into the hearts of people. Both are bacterial infections that can kill. Tetanus contracts the muscles, particularly of the mouth and neck, making it difficult for someone to breathe. Diphtheria affects the mucus membrane linings of the throat, also making it hard to breathe; the disease can damage the heart, kidneys and nervous system.

Thanks to vaccination, both diseases have become very rare in developed countries. Since the DTaP vaccine was introduced in the 1940s (which protects against diphtheria, tetanus, and pertussis, also known as whooping cough), the Centers for Disease Control and Prevention (CDC) reports a 99 percent drop in tetanus and diphtheria cases.

The current recommendation for American adults is a booster shot every 10 years, but a recent study published in the journal Clinical Infectious Diseases investigated whether this frequency was truly necessary. The researchers found that vaccinating against tetanus and diphtheria every 30 years is more than sufficient to maintain protection.

To figure out how often adults really require a vaccine update, researchers at Oregon Health and Science University examined immunological memory, which is how long a person's immune system remembers a previous infection or vaccination and continues to provide protection from it.

The team looked at data from 500 participants, and found that 97 percent still boasted protection against tetanus and diphtheria. The number climbed to 99 percent when only participants under age 60 were considered. (The decrease in coverage for older participants was likely due to them not having all their childhood shots, the researchers surmise, as they found people do not lose immunity as they age.) "That means we have great vaccination coverage right now," explains study co-author Mark K. Slifka, professor of clinical immunology at Oregon Health & Science University.

Although 30 years of coverage might seem extreme, Slifka points out that much of the rest of the developed world currently recommends just one adulthood booster for these specific diseases. "It gets us caught up with what's already being done in other countries," he says, noting that the World Health Organization recommends a booster when entering the military, at first pregnancy or otherwise early in adulthood. "So we're still being conservative if we switch to a 30-year schedule."

The U.S. is unlikely to jump on the bandwagon in the very near future, or at least until the research is sufficiently replicated. "To develop comprehensive recommendations for each vaccine, ACIP (Advisory Committee on Immunization Practices) works throughout the year, reviewing available data on new and existing vaccines," says a CDC spokesperson in an email interview. "There are currently no plans to consider changing how often adults are recommended to get a tetanus shot. In fact, many adults are not up to date with their tetanus boosters (only 62 percent have been vaccinated). It's important that adults follow the recommended schedule to maintain protection against tetanus."

If a switch is ever made, it'll be possible because children are so closely covered from birth, in the U.S., Slifka notes. Without early, thorough protection, such a transition would be difficult. "The kids need to get their full vaccine series, but by doing that they're getting their long-term coverage as adults," he says.

Now That's Interesting
If we don't need a booster every 10 years for tetanus and diphtheria, could a separate shot be made just for pertussis (whooping cough)? As this illness is especially dangerous for infants and young children, pregnant women are often given the booster to provide added protection. Mark Slifka says the profit margin is very small on DTaP vaccines, so pharmaceutical companies won't separate the formulation unless the government issues a mandate. "There's no reason to because tetanus and diphtheria vaccines are so safe. It'd be really hard to retool the workshop to make just the one on its own."