An Aspirin a Day Could Be Harmful for Healthy Seniors

by Jesslyn Shields Sep 18, 2018
Since the 1960s, doctors have prescribed aspirin as an antithrombotic, useful for the prevention of stroke and heart attack, but a new study is challenging the efficacy of this practice. ballyscanlon/Getty Images

Sometimes we do things for our health because they're easy. For instance, millions of older people take a low-dose aspirin every day in the hopes that it will prevent a cardiovascular event like heart attack or stroke, some types of cancers or even dementia.

Since the 1960s, doctors have prescribed aspirin as an antithrombotic — it's useful in preventing blood clots, as it keeps platelets from sticking together. Later, in the 1980s, renowned statistical epidemiologist Richard Peto used new meta-analysis techniques to review all the available studies of aspirin's health benefits, and found the popular pain reliever appeared to significantly decrease the chance of stroke or heart attack. As a result, doctors everywhere started recommending a daily low dose of aspirin to prevent cardiovascular disease. Couldn't hurt, right?

But according to a study published Sept. 16, 2018 in The New England Journal of Medicine, the health benefits of taking aspirin every day is virtually nil for those of us without a history of heart attack or stroke — and it's possible it could even be dangerous.

In the five-year, double-blind, placebo-controlled trial of 20,000 elderly participants from Australia and the United States, the researchers set out to determine whether an aspirin a day could actually help people over the age of 70 with no known cardiovascular problems live longer, healthier lives.

They found that, at the end of five years, the participants taking 100 mg of aspirin daily experienced almost exactly the same rates of disability and dementia as the group taking the placebo. The rates of mortality in the group taking aspirin were even a little higher — 5.9 percent of participants taking aspirin died during the study, compared to 5.2 percent taking the placebo. Although the higher death rates can be attributed to more incidence of cancer in the aspirin-takers — a surprising 50 percent of participants who died during the trial had cancer — it's unclear whether the hike in cancer cases is related to the aspirin.

The researchers also found that risk of major hemorrhage — especially in the brain and gastrointestinal tract — was higher for participants who took aspirin each day. Serious bleeding conditions that required hospitalization, including bleeding in the brain, hemorrhagic stroke and gastrointestinal hemorrhages, occurred in 3.8 percent of the participants on aspirin, compared to 2.7 percent taking the placebo.

Previous research has shown that, for those at greater risk for heart attack or stroke, aspirin is definitely the way to go. We should, as usual, all follow the advice of our personal physician when it comes to taking aspirin as preventative medicine, but the results of this trial suggest that for healthy people over 70, that bottle of baby aspirin in their medicine cabinet probably isn't necessary.

How to Keep Guac From Turning to Goop

FEMA Will Be Sending Americans with Cell Phones 'Presidential Alert' on Oct. 3 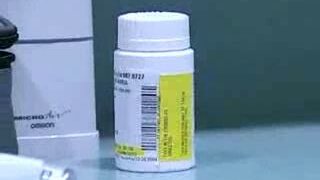 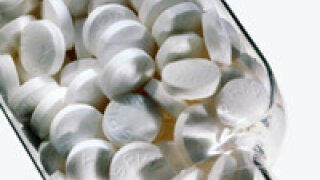 Does taking an aspirin daily affect your skin? 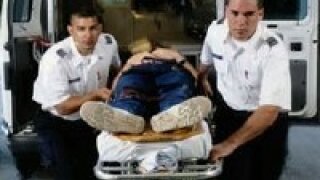