by Patrick J. Kiger Nov 30, 2017
The FDA has approved the first drug that includes a digital ingestion tracking system, Abilify MyCite, for use in the U.S. Courtesy of Otsuka America Pharmaceutical, Inc.

When prescribing medication, doctors face a bedeviling problem: According to the U.S. Food and Drug Administration, research shows that 20 to 30 percent of patients never even get their prescriptions filled, and half don't take medicines as prescribed. And many of those who do take their pills eventually lapse. Only 51 percent of patients taking medication to control high blood pressure, for example, continue for the long-term. As a result of what's called "non-adherence," the U.S. Centers for Disease Control and Prevention estimates that 125,000 patients die unnecessarily each year.

But doctors might be able to increase patients' adherence to a medication regimen if they could track in real time who is taking medication as prescribed and who isn't. Now, there's a technology available to allow them to do that.

On Nov. 13, 2017, the Food and Drug Administration approved the first drug for use in the U.S. that includes a digital ingestion tracking system. The medication, Abilify MyCite, contains aripiprazole, which is used to treat schizophrenia, bipolar disorder and as an add-on to augment antidepressants for adults. It is being produced by Otsuka Pharmaceutical Co., Ltd. and Proteus Digital Health. Abilify MyCite has a sensor embedded in each pill that records when the medication is taken. It sends that data to a wearable patch. The patch, in turn, transmits it to the patient's smartphone, which posts it on a web-based portal. Patients can permit their doctors or caregivers to access that information online.

"Being able to track ingestion of medications prescribed for mental illness may be useful for some patients," Mitchell Mathis, M.D., director of the Division of Psychiatry Products in the FDA's Center for Drug Evaluation and Research, said in a press release.

As this Smithsonian.com article details, the sensor system in Abilify MyCite is one of several technologies that could help improve medication adherence. A company called AdhereTech, for example, has developed a smart wireless pill bottle that detects when it is opened and can send out automatic alerts by text or contact the healthcare team that's treating a patient when a dose is missed.

Now, That's Interesting
According to the American Medical Association, most patients who don't adhere to medication regimens are doing so intentionally, rather than because they forget. The AMA cited fear of potential side effects, cost, misunderstanding about the need for taking the medication, lack of symptoms and concern about becoming reliant upon medicines as some of the most common reasons.

Review Websites Like TripAdvisor Are Under Fire. Is That Warranted?

How Megachurches Blurred the Line Between Religion and Riches 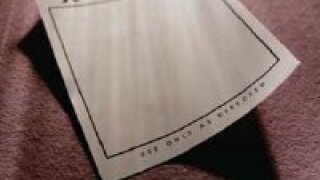 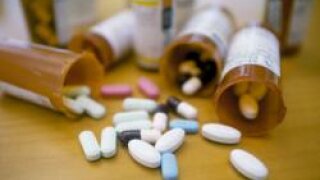 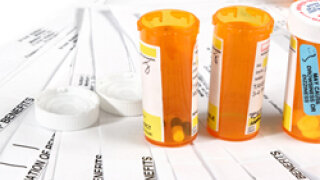