Is there a link between antibiotics and obesity? 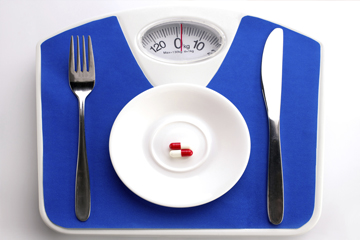 Is there a link between antibiotics and obesity? Researchers are currently trying to learn more.
zaretskaya/ThinkStock

The rate of childhood obesity has more than doubled over the past 30 years, so that today, nearly 18 percent of kids ages 6 to 11 have an unhealthy body weight. Obese children often grow into obese adolescents and adults, and that puts them at risk to develop an array of serious health problems -- diabetes, stroke, osteoarthritis and certain types of cancer -- as they get older. They're also at risk for being stigmatized and developing poor self-esteem that may hinder their success in life [source: CDC].

When we look at the cause of childhood obesity, we usually focus on caloric imbalance -- that is, a diet that's too high in calories, coupled with too little exercise [source: CDC]. But there's another potential factor that recently has come to light: treatment with antibiotics early in life.

In a study published in JAMA Pediatrics in 2014, researchers used electronic health records to study nearly 65,000 children over a 12-year period. They found that nearly 7 in 10 children were given antibiotics before they reached 2 years of age, and that those who received broad-spectrum antibiotics were about 11 percent more likely to become obese by age 5 than those who didn't get them. The earlier a baby was exposed to broad-spectrum antibiotics, the more likely he or she was to gain an unhealthy amount of weight by age 5. Narrow-spectrum antibiotics didn't have as big of an effect, except if a child had four or more courses [sources: Bailey, Healy].

In addition to attacking harmful microbes, broad-spectrum antibiotics also destroy the beneficial ones in the intestines. Research shows that even after the population of gut flora rebounds in quantity after treatment with antibiotics, the diversity of the microbes -- which seems to provide protection against obesity -- is altered [source: Healy].

The study's lead author, Dr. L. Charles Bailey of the Children's Hospital of Philadelphia, said in an interview with Reuters that the research doesn't show that broad-spectrum antibiotics are "at fault" in causing obesity, but that they may play a contributing role [source: Doyle].

Some saw the study as yet another reason to be cautious in the use of broad-spectrum antibiotics, which are also associated with the rise in antibiotic-resistant infections.

But another study, published in 2013 in Frontiers in Public Health, suggests a link between adult obesity and veterinary antibiotics -- those fed to livestock to prevent them from getting sick and to promote weight gain. "The livestock use of antimicrobial agents has sharply increased in the U.S. over the same 20-year period of the obesity epidemic," the authors noted [source: Riley, et al.].

Neither of these studies shows conclusive evidence that antibiotic use in children or in our food causes obesity. But it's one more area that could use more research in our quest for better health.

What is laser clot busting?
Should you use ice or heat to treat an injury?
Orthomolecular Medicine