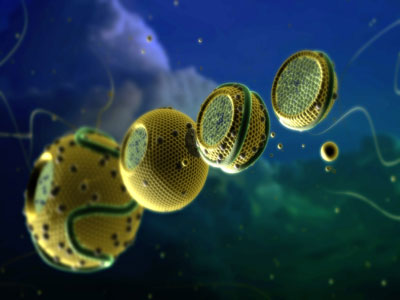 The transport of cholesterol via high density lipoproteins (HDL) in the blood.
3D4Medical.com /Getty Images

Despite what the pharmaceutical industry wants you to believe, there's no such thing as a wonder drug. Although statins have helped to lower the cholesterol of tens of millions of patients since 1987, they can have some pretty drastic side effects for some users.

The most common side effects will hit your gastrointestinal system, which means some unpleasantness like nausea, constipation, diarrhea and vomiting. You could also get chronic gas, which means that the statins are affecting your spouse. Another side effect is a neurological disorder called polyneuropathy. Symptoms of the disorder include general weakness, tingling in the extremities and difficulty walking. Taking statins for a period of years can increase your chances of getting polyneuropathy by as much as 26 percent. Low cholesterol can lead to depression and anxiety, so some patients who take statins have expressed negative mood shifts.

The most serious side effects are rhabdomyolysis, heart failure and dementia. When statins inhibit the production of cholesterol, they also interfere with the production of a nutrient called Co-Q10, which is important for muscle function -- including your most important muscle, the heart. Lack of Co-Q10 can cause muscle aches and cramping, and patients on statins have reported slurred speech, balance problems and severe fatigue, a condition called rhabdomyolysis. The heart also needs Co-Q10 to function properly. Without it, the heart can have problems in the filling phase -- when the ticker fills itself with blood before pumping it back out.

Dementia has been the subject of much debate recently. Some research points to statins helping to reduce your chances at suffering from dementia while others think it may actually cause some cognitive impairment. No study has established that the drugs can cure dementia, but some research indicates that it could help prevent the onset of dementia [source: Newsweek].

An article in "Pharmacotherapy," the official journal of the American College of Clinical Pharmacy, has shed some light on cases where statin users suffered severe cognitive decline that was reversed completely after they ceased taking the drugs. A professor at the University of California at San Diego claims that 15 percent of her patients that used statins had some form of cognitive issues like memory loss and confusion [source: Wall St. Journal]. The Wall Street Journal reports that a San Diego woman was so forgetful on statins that her daughter believed she had Alzheimer's. After she quit taking the drug, she was back to normal in a week.

The makers of the drugs say that these side effects are rare and largely unproven. Some researchers and doctors think the numbers are much more common. Additionally, every study of statins to date has caused cancer in lab rats [source: Weston Price Foundation]. There isn't any hard evidence that it causes cancer in humans, but cancer takes a long time to become evident, and the statin studies have only covered two to three years periods.

What can you say about a drug that is said to both stave off and potentially cause dementia, cancer and heart trouble? Probably that the word is still out on the long-term effect of statins. Whether you take these kinds of cholesterol-lowering drugs is up to you and you alone. Listen to your doctor, but do your own research as well so you can make an informed decision for yourself. If you're in relatively good health, aren't overweight and don't smoke, try to lower your cholesterol the good old-fashioned way -- through diet and regular exercise.