Browse the article What is super aspirin? 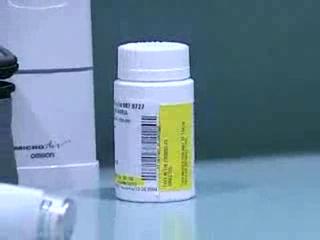 Some new non-steroidal anti-inflammatory drugs, or NSAIDs, have gotten a reputation for being "super aspirin," even though they're no more potent than traditional anti-inflammatories. The difference is that the new NSAIDs, which are used to treat arthritis, only block specific cyclo-oxygenase enzymes and therefore have fewer side effects, which might make them safer than the old drugs.

Conventional anti-inflammatories like aspirin have a two-part purpose: They relieve pain and reduce inflammation. However, the timing of the two benefits doesn't quite overlap. It might take a few days for the anti-inflammatory part to kick in, even though the pain relief is more immediate. Traditional NSAIDs suppress the cyclo-oxygenase enzyme, or COX, in order to stop it from mediating inflammation, which is what causes arthritic pain. But the old NSAIDs blocked all the COX in the body, not just in the inflamed joints. This means they stopped important protective inflammation in the stomach, kidneys and blood, leaving them defenseless and impeding function.

In 1991, researchers realized that there were two different types of COX enzymes. COX-1 is what keeps your stomach lining intact and your kidneys, platelets and blood functioning properly. Meanwhile, COX-2 is the enzyme that causes inflammation in areas with tissue damage, creating pain. The new versions of NSAIDs, like Vioxx and Celebrex, block just the COX-2 enzyme and leave the important COX-1 alone. That means the "super aspirin" comes with fewer dangerous side effects, like a lining-less stomach. The main possible side effect that comes with long-term use of "super aspirins" is kidney damage. However, the same danger exists with traditional anti-inflammatories, too. While some doctors think that the new generation of NSAIDs may provide a lower degree of pain relief than the old NSAIDs, the benefit of fewer harmful side effects tends to outweigh the slightly lower potency.