According to the website of the Organ Procurement and Transplantation Network, a public-private partnership that links professionals involved in organ donations and transplants, nearly 35,000 organ transplants were performed in the U.S. in 2017, a new record. But even with more and more people willing to donate their organs after death, demand still outstrips supply. Nearly 126,000 patients are on U.S. waiting lists for various organs, including more than 103,000 people seeking kidneys, 14,000 who need livers, close to 1,400 potential lung transplant recipients and nearly 4,000 are waiting for donor hearts.

The numbers don't tell the whole tale, because not every patient is a suitable recipient for an available organ, due to differences in blood type and other factors. And transplants sometimes fail. Getting a donor organ to survive inside a recipient's body requires the use of powerful drugs to suppress the immune system and prevent it from rejecting the organ, which doesn't always work. As a result, about 20 percent of the kidney transplants performed each year actually are repeat transplants, according to the National Kidney Foundation.

For years, scientists at various institutions have been working on a solution. If a patient's own stem cells could be manipulated to grow a personalized replacement for an ailing heart, liver, kidneys or another organ, that would help solve the supply/match problem. Additionally, a transplant organ wouldn't face the risk of rejection.

"Success by this method means that the recipients would no longer be relegated to immunosuppressant therapy and would not have to wait for a matched donor organ," Dr. Stephen F. Badylak, director of the Center for Pre-Clinical Tissue Engineering at the University of Pittsburgh's McGowan Institute for Regenerative Medicine, explains in an email.

According to Badylak, more than a dozen scientific teams around the world are working to develop the ability to grow transplant organs from stem cells, in addition to other researchers who are working on the problem on a smaller scale. The most promising approach is decellularization, a technique in which the cells are stripped from a donor organ — usually one from a pig — leaving behind a tissue scaffold upon which the organ can be rebuilt by using stem cells, he says.

This recent Wall Street Journal story described research by Dr. Harald Ott and colleagues at Massachusetts General Hospital's Center for Regenerative Medicine. In Ott's lab, donor organs are hooked to a special pump that washes off the original cells, so they can be replaced with cells grown from stem cells. Once an organ is built, it is hooked up to a bioreactor. That device stimulates the organ by pumping it and making it expand and contract, as if it were one that grew naturally inside the body.

The Heart of the Matter

In 2016, Ott's team made headlines by washing away cells from human donor hearts that had been unsuitable for transplantation to create scaffolds, then filling them with heart tissue grown from stem cells, which showed the ability to contract when subjected to electrical stimulation. Here's a Mass General press release describing the research.

More recently, in an article published online on Oct. 10, 2017 in Nature Communications, Ott and colleagues detailed their experimental efforts to create a transplantable small intestine from stem cells, work that eventually might benefit patients suffering from Crohn's disease.

Using stem cells to manufacture, say, an entire functional human heart — containing tens of billions of cells — remains a daunting feat. Even so, researchers are encouraged by their progress.

"Stem cell technology and new methodologies for existing organ preservation have advanced, both of which have fed in to building organs from stem cells and will ultimately shorten our path to success," according to Dr. Doris Taylor, director of regenerative medicine research and the Center for Cell and Organ Biotechnology at Texas Heart Institute in Houston.

"That being said, multiple hurdles still exist such as delivering cells successfully throughout an organ, especially one as thick as the heart (vs. the lung)," Taylor says in an email. "Growing enough cells is also a hurdle, in addition to maintaining sterility and function for an extended period of time in the laboratory as the organ matures. Lastly, creating methods that allow you to noninvasively monitor the organ's maturation progress takes time and energy and diverts effort from the ultimate goal."

"I believe the first human studies will happen sooner than [within] a decade, if work in these areas proceeds on the expected course," Taylor predicts.

Now That's Encouraging
In 2017, researchers at the Salk Institute in La Jolla, California, working with Chinese scientists, developed a technique that expands the ability of stem cells to grow any type of tissue.

When Bitcoins Vanish, Can You Get Them Back?

What3Words App Is Changing How We Map the Globe 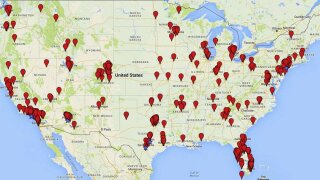 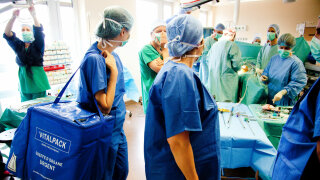