by Carrie Tatro Jun 5, 2018
An illustration of a bacteriophage attacking a superbug bacteria. Flickr/Zappys Technology Solutions (By CC2.0)

Drug-resistant bacterial infections pose a grave and pervasive danger to the health and longevity of every person on Earth. Antibiotics — Western medicine's first line of attack and last line of defense — are becoming impotent against certain antibiotic-resistant superbugs. As a result, hundreds of thousands of people are dying worldwide each year from infections that were once treatable.

The Centers for Disease Control and Prevention (CDC) lists 18 major antibiotic-resistant threats for the United States and reports that at least 2 million people a year become infected with drug-resistant bacteria and 23,000 a year die as a direct result of these infections. The CDC reports that an additional 15,000 die annually from Clostridium difficile (C. diff) which is linked to long-term antibiotic use and is listed as priority number one on the CDC's "urgent threat" list.

But some studies say the death toll is much higher. A Reuter's analysis of death certificates done in conjunction with CDC's National Center for Health Statistics reveals that tens of thousands more people die each year of complications from secondary infections like methicillin-resistant Staphylococcus aureus (MRSA), carbapenem-resistant Enterobacteriaceae (CRE) and other antibiotic-resistant infections. A study cited by the United Nations General Assembly in 2016 predicts that by 2050 someone could die every three seconds from antibiotic-resistance: That's 10 million people a year worldwide.

If only this were a movie and not real life: We need a superhero to sweep across the planet and stamp out these death-dealing superbugs before it's too late.

Phage to the Rescue?

Meet bacteriophage, or phage for short. Discovered in 1917 by microbiologist Felix d'Herelle, could this almost forgotten, century-old Soviet-era medical treatment be our last-ditch hope against the onslaught of chronic, drug-resistant infections?

As David S. Weiss, Ph.D., director of the antibiotic resistance center at Emory University, explains, "Phages are viruses that infect and kill bacteria. When administered to a patient, the phages track down and kill the bacteria-causing disease, allowing the patient to recover."

To grasp how phage therapy works, it's essential to understand the difference between bacteria and viruses. The majority of drug-resistant superbugs that create medical mayhem are bacterial. Bacteria are microscopic single-celled organisms that exist to feed, metabolize and ceaselessly reproduce. Viruses, which are much smaller than bacteria, live solely to reproduce. A virus attaches to a cell, commandeers its reproductive apparatus and then blasts the cell, allowing viral copies to float free.

Think of viruses as tireless, meticulous sanitation workers that stop bacteria from consuming the planet. Think of each individual phage (and there are trillions of them in the world) as a discriminating assassin that is evolutionarily tuned to kill only one specific bacteria. This targeted attack and annihilation of lethal, multidrug-resistant bacteria (that in no way harms the sick patient) is the crux of the potential hope for phage therapy as a do-or-die treatment.

Unlike broad spectrum antibiotics (which kill the good bacteria along with the bad), phages target and destroy only certain strains of pathogenic bacteria. For phage treatment to work, the doctor must determine which species of bacteria is causing the infectious disease. And no two patients are alike. Individual samples have to be tested against a variety of phages to determine which strain of phage will work. Once a specific phage shows an aptitude for killing a patient's specific bacterial strain, scientists must then mass-produce the phage, purify it and confirm the phage cocktail to be safe.

Asked in an email whether phage therapy has the potential to be used as an alternative to antibiotic treatment, Weiss says, "Absolutely. Although not well-studied and largely unproven, phage therapy holds great promise as either a stand-alone therapeutic or one that could be used in conjunction with traditional antibiotics. Numerous studies have indeed shown that phages and antibiotics can work together to kill bacteria."

Very few doctors have actually used phage therapy even experimentally, and the general public has never heard of it. But scientists have been studying for years how phages destroy bacteria, which phage virus destroys which bacteria and how to cultivate prodigious numbers of phages to use in the fight against deadly bacterial infections in actual patients.

In the U.S., phage therapy is generally employed on a case-by-case basis and as a last resort involving terminally ill patients who've exhausted all other medical options. But on a hopeful note, in February 2018, the Food and Drug Administration (FDA) approved a new Phase 1/2 clinical trial in humans to test a new bacteriophage treatment for Crohn's disease. Phage therapy has been practiced successfully for decades in eastern Europe at medical facilities like the Eliava Phage Therapy Center in Tblisi, Georgia, where the therapy originated in 1923. And currently doctors in Belgium have begun to implement phage treatments by prescribing custom-made phage cocktails that are made in compound pharmacies.

The major obstacle to introducing phage therapy in Western medicine is the lack of any appropriate regulatory and legal framework or oversight. Currently the FDA maintains an "eleventh hour" hotline that lets doctors ask for approval to use an unapproved medical treatment on a patient if all other options have been exhausted and hope is all but lost. Once permission is granted, the process of acquiring phages and administering phage therapy becomes a complex collaborative effort between doctors, scientists, regulatory agencies and families of the patients — without a moment to spare and a life literally hanging in the balance.

Asked if phage therapy should be taken seriously by Western medicine, Weiss says, "Given the crisis of antibiotic resistance that we currently face, we must seriously consider all available treatment options. There is growing support to rigorously explore phage therapy and the role it could play in combating superbugs."

Now That's Interesting
Scientists have discovered a previously unknown class of antibiotics they're calling "malacidins." And they found it right under their feet: in dirt.

What Do You Get When Two Neutron Stars Collide? 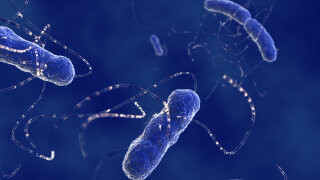 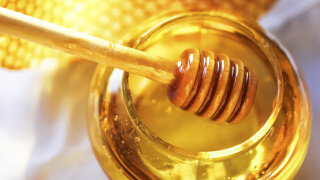 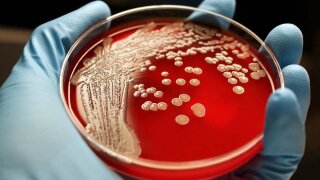