by Alia Hoyt Sep 14, 2016
A new study showed most parents thought children should be woken up every hour if they'd had a concussion. They were wrong. Erik Isakson/Getty Images

Football season is here. And that brings concern about concussions, particularly in high school football, since high school players are twice as likely to have concussions as college players, according to one study. But a new survey from UCLA says that most parents treat their children's concussions incorrectly.

"When I was younger you weren't considered to have a concussion until you were knocked unconscious. And so most people with concussions didn't even get any medical care," says Dr. Christopher Giza, pediatric neurologist and director of the UCLA Steve Tisch BrainSPORT Program. But lately it seems like the pendulum has swung the other way. "We see kids sometimes who are kept out of activities, in isolation for weeks or months," he says.

Concussions are not just a hazard of football. Soccer, cheerleading, lacrosse, even bike riding (not to mention car accidents) can cause people to accidentally smack their heads and get a concussion. A concussion is a disruption of brain function, which may or may not also render a person unconscious.

Concussion symptoms are not one-size-fits-all. According to Dr. David Marshall, medical director of sports medicine at Children's Healthcare of Atlanta, the most common sign is a headache, followed by dizziness, confusion, double vision, sleeping more than usual, appetite disturbance and feeling generally "out of it." "It depends on the child and the part of the brain suffering the concussion," he explains.

The UCLA Health Survey commissioned by Giza and his team, polled nearly 600 parents about how they would monitor and care for a child with concussion symptoms that lasted more than a week. Most of their answers were based on very outdated advice. Here are four biggies that parents shouldn't do.

1. Wake Your Child Up Every Hour to Check on Him

That doesn't sound like fun for anyone involved. And thankfully, it's not necessary, even though 77 percent of the parents surveyed think it is. "New research shows the concussed brain needs rest," explains Marshall. "We used to wake children up every hour or so, but if they're comfortable enough going to sleep, the prospect of an intracranial bleed is low. We should let the brain sleep."

Bright lights and a ton of noise aren't advised right away, but neither is complete solitude in a pitch black room. "The new thinking is we try to make these kids' lives both in and out of school as normal as possible," Marshall explains. "If they're social people and want to be around friends, text, social media, they don't need to be completely symptom-free." Indeed isolation can lead to depression.

Transitioning back to school might require a bit more finesse, but is still a good idea. "Schools have a very important role in concussion management of the student-athlete. A little academic modification and adjustment can go a long way toward keeping their lives normal," he says. Examples of minor, but effective modifications include periodic rest breaks, changing classes a few minutes ahead of schedule to avoid hallway bustle and wearing sunglasses if light sensitivity is an issue. Teachers can also print out copies of otherwise electronic lessons, so that squinting at a monitor isn't required.

Eighty-four percent of parents surveyed believe that total abstinence from physical activity is justified following a concussion. While a cheerleader won't be ready to get back to basket tosses right away, mild to moderate activity can actually be beneficial. A sense of normalcy actually helps the healing process. "Even if they still have symptoms, if they play football they should be allowed to go to practice, stand on the sideline and watch, and be part of the team," says Marshall. "The next day they might try jogging a little bit. If that doesn't bother them, maybe they can pick up the pace, do some sprinting. Light or moderate activity can help them improve."

4. Get Him/Her Back in the Game Too Soon

Some parents make the opposite mistake of No. 3. "People are still unclear about return to play in that they think that once symptoms are cleared that they can immediately get back to full sports," says sports medicine specialist Dr. Matthew Pecci. "That's usually not the case – there is usually a progression back to activity."  While full sports are a bad idea, gentle activities like walking the dog or taking an easy hike are good.

Ninety-five percent of concussions resolve within two or three weeks, although that can vary, says Dr. Marshall. Adds Dr. Giza, "Parents are well-intended. And kids with a concussion should take it easy for the first couple days or while the symptoms are greatest. But we also want them to expect to get better and ultimately get back to normalcy, which can safely include cognitive activities and gradual non-contact physical activities."

Now That's Good to Know
If your child gets a head injury, monitor for 24 to 48 hours afterward for signs like severe headaches, double vision and increased drowsiness. If you see these symptoms, have him checked out by a doctor immediately. 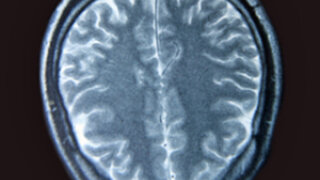 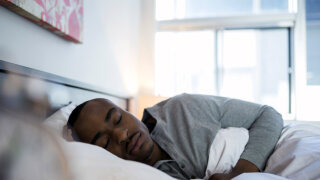 Can sleeping with a concussion kill you? 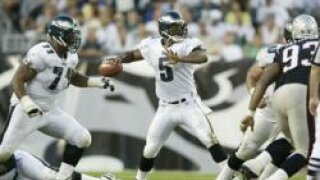