What is the future of regenerative medicine?

Browse the article What is the future of regenerative medicine? 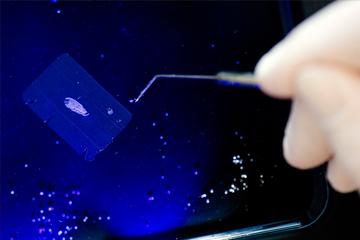 A research assistant puts an ultrathin layer cell sample in a water bath at UroTiss GmbH in 2012. The company specializes in regenerative therapies for the urethra.
© Arno Burgi/dpa/Corbis

Wouldn't it be great if you could grow a new hand or kidney from your own stem cells, if you needed one? Or maybe replace a few damaged cells with an infusion of new, healthy ones? Or, better yet, get a weakened heart to repair itself?

That's the promise of regenerative medicine, a cutting-edge field that seeks to treat disease and injury by finding novel ways to replace, regenerate and rejuvenate various parts of the human body. Its aim is to fix what ails us through a variety of innovative methods, from transplants to genetic engineering [source: Mayo.edu].

Regenerative medicine is an idea that's been around for a while. Since ancient times, physicians have studied the body's natural ability to heal itself and looked for ways to enhance it [source: UNMC]. In the 1800s, surgeons began successfully grafting donor tissue such as tendons and corneas into patients [source: Conolly and Benanzio]. In the 1950s, they began transplanting kidneys, and a decade later performed the first transplants of lungs, livers, hearts and bone marrow [sources: UNMC, Moore].

In recent years, advances in developmental and cell biology, immunology, genetics and other fields give regenerative medicine the potential to radically change health care. Perhaps the most promising area is experimentation with stem cells, the biological factories that produce the various types of specialized cells that make up our organs [source: Mayo.edu]. In the late 1990s, scientists were able to extract stem cells from human embryos and use them to grow cells in a lab. Not quite a decade later, they figured out how to reprogram adult stem cells so that they could again make many different types of cells [source: NIH].

The first trials for stem cell-based therapies have only recently begun, and it may take years for the treatments to win U.S. Food and Drug Administration approval. But eventually, doctors hope to be able to use stem cells to treat a wide range of diseases, ranging from diabetes and heart disease to spinal cord injuries and neurodegenerative diseases such as amyotrophic lateral sclerosis (ALS) [source: CIRM].