For better or worse, few of us have inherently positive associations with routine medical exams. But while you'd be hard pressed to find any woman super stoked to receive a cervical cancer screener known as the Pap smear (or Pap test), learning about the procedure's game-changing introduction into modern medicine might give you a newfound appreciation for its significance. And behind the unprecedented test is a man who collaborated with his wife in an effort to save women's lives: Georgios Papanikolaou.

Born on the Greek island of Euboea in 1883, Papanikolaou followed in his doctor dad's footsteps and graduated from medical school with top honors at the age of 21. Compassion played a major role in Papanikolaou's professional endeavors from the start; after working as an assistant surgeon in the military, he spent two years caring for socially isolated leprosy patients outside of his hometown. In 1910, he received a Ph.D. in zoology from Germany's University of Munich and married Andromache Mavroyeni (Mary), the daughter of a famous military family, soon after. The couple moved to the U.S. in 1913 and desperate to make ends meet, Papanikolaou temporarily strayed from medicine to sell carpets and play violin in restaurants while his wife sewed buttons for $5 a week.

It didn't take long, however, for Papanikolaou to land a research position in the pathology department of New York Hospital and the department of anatomy at Cornell University. With his wife by his side as a technician and sometimes-test-subject, Papanikolaou began studying sex determination in guinea pigs, and quickly found that some cells in the vagina and uterus changed throughout the menstrual cycle. Curious to know if the same changes could be observed in humans, he performed the same examinations on his wife and several (clearly very trusting) female friends, collecting cell samples from the outer opening of each test subject's cervix. After scraping a few cells from the area, Papanikolaou smeared the samples onto a glass slide and examined them under a microscope.

What the doctor observed through his lens changed the landscape of female health care: One of the friend's samples was made up of mutated, malignant cancer cells. In 1928, Papanikolaou presented the findings at a medical conference, a year after a Romanian scientist named Aurel Babes had demonstrated a similar technique. But because Papanikolaou implemented the method first and introduced a unique way of applying the cells to slides, he's the one credited with the innovation (although in Romania, the test is called Methode Babeş-Papanicolaou).

Scientific circles weren't quick to accept Papanikolaou's modern ideas, though — due to widespread skepticism, it took a full decade for a clinical trial to take place at New York Hospital. The results of the study, however, were undeniable: Papanikolaou was able to detect a significant number of early cancers with his method, and in 1952, the first mass screening program launched in Tennessee (773 of 10,000 women were diagnosed with cancer thanks to that test).

The Pap smear remains an important staple of female health care, typically performed every three years for women ages 21 to 65. During the short and simple test, a doctor gently inserts a speculum into the vagina to hold the vaginal walls apart and expose the cervix before using a soft brush and flat scraping device to painlessly swab cervical cells. The whole procedure is completed within minutes, but the impact can be profound: the test is the only way to detect cervical cell changes that may indicate the development of future cancer. According to research, women with cervical cancer who were diagnosed via Pap smear had a 92 percent cure rate, while those diagnosed by symptoms alone only had a 66 percent cure rate.

Although it took years for the medical community to widely accept Papanikolaou's groundbreaking work, his contribution to medicine (and the contributions of his wife and friends) continues to affect the lives of patients and their loved ones to this day.

Learn more about the Pap test in "Your Cervix Just Has a Cold: The Truth About Abnormal Pap Smears and HPV" by Dr. Brandie Gowey. HowStuffWorks picks related titles based on books we think you'll like. Should you choose to buy one, we'll receive a portion of the sale.

How to See and Delete Your Google History 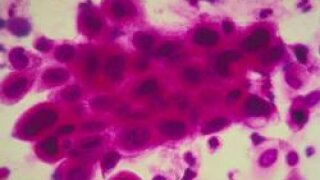 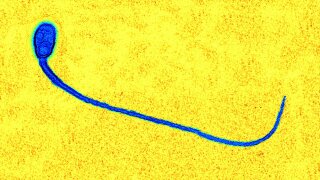 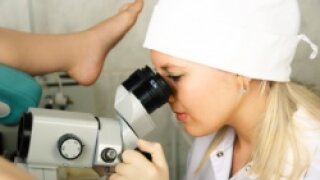