by Alia Hoyt Nov 30, 2015
Dr. Barry Schneider, a gastroenterologist at Carolinas Medical Center-University, makes his way to the lab prior to a fecal transplant procedure in 2013. Todd Sumlin/Charlotte Observer/MCT via Getty Images

You've probably tried diet and exercise, but would you go for a poop transplant to lose weight? The latter could be an option someday if the results of a recent Swedish research study ever make it as far as the doctor's office.

The study builds on a concept well known to the medical community: that bariatric surgery alters the makeup of bacteria in the human gut microbiome. This particularly affects levels of a group of bacteria called proteobacteria. And this study involved transferring human stool from patients who had gastric bypass or lap band surgery into germ-free mice.

We'd better explain why right away. “Both before and after surgery the human gut is populated by trillions of bacteria that help us digest the food that we ingest, and they provide many other beneficial functions, such as production of vitamins,” says Valentina Tremaroli, Ph.D., one of the study's lead authors and a microbiologist at the University of Gothenburg, Sweden, in an email interview. “What is different after bariatric surgery is the composition of bacteria and their genes.” As it turns out, higher levels of these specific “slimming” bacteria (the proteobacteria) might keep a person trimmer, longer.

“Germ-free mice carry no bacteria in their body and tend to be leaner than conventional mice carrying a microbiota,” says Dr. Tremaroli, noting also that germ-free mice actually gain fat when they receive gut microbiota.

The scientists transplanted stools from the various patients into the mice, effectively colonizing them with new microbiota. “We observed that mice colonized with RYGB and VBG microbiotia for two weeks accumulated 43 percent and 26 percent less body fat, respectively, than mice colonized with OBS microbiota,” said the study authors, adding that the RYGB group experienced the highest average uptick in lean body mass.

The scientists credit this disparity in fat gain to the altered makeup of the gut microbiome following the particular types of surgeries, although it's still unclear why and how these changes occur.

“Nobody knows the mechanism of how the microbiome changes,” says Mark L. Wulkan, M.D., surgeon at Children's Healthcare of Atlanta and professor and chief of pediatric surgery at Emory University School of Medicine. He explains that a number of other factors can affect gut bacteria, like diet and hormone changes. Since this research is in its relative infancy, it's also unclear how long the benefits can be expected to last.

Gross as it might sound, fecal deposits could be a much lower-risk alternative to modern bariatric surgeries, which are not always advised for patients and carry the potential for complications like any other surgery. Even better, the deposits may pave the way for the holy grail of medicine: a diet pill that really works.

“If we figure out that changing the gut microbiome will change how you absorb nutrients and affect fat deposition you can imagine one day that there might be a pill that can achieve the same results,” Dr. Wulkan says. “Any research or data that comes out that shows you might be able to achieve a good result with minimum risk is always exciting.”

Whew. A pill, yes. Poop transplant? Depends on whether or not a high school reunion or some other gotta-look-good event is coming up.

Now That’s Cool
The scientists were interested to discover that the type of microbiota appeared to affect the metabolisms of the mice. “This possibly explains the lower fat accumulation in mice receiving RYGB microbiota,” said Dr. Tremaroli. Hopefully, this insight could pave the way for an effective metabolism booster! 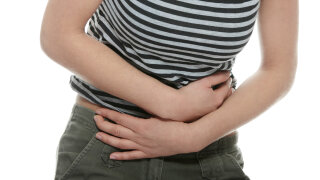 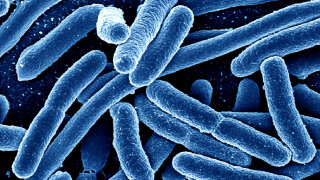 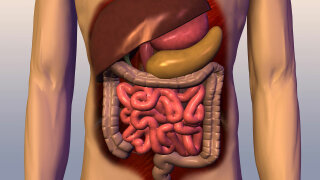