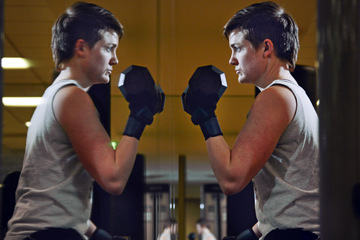 Some transgender people identify with non-binary identities (like genderqueer) and real-life experience can be just as important to getting acclimated to living in their new gender.
The Washington Post/Getty Images

WPATH requires transgender people desiring gender reassignment surgery to live full-time as the gender that they wish to be before pursuing any permanent options as part of their gender transition. This period is a known as real-life experience (RLE).

It's during the RLE that the transgender person often chooses a new name appropriate for the desired gender, and begins the legal name-change process. That new name often comes with a set of newly appropriate pronouns, too; for example, when Chastity Bono, biologically born as Sonny and Cher's daughter in 1969, began her transition in 2008 she renamed herself as Chaz and instructed people to use "he" rather than "she" [source: Donaldson James].

In addition to a new name and pronouns, during this time gender-affirming men and women are expected to also adopt the clothing of their desired gender while maintaining their employment, attending school or volunteering in the community. Trans women might begin undergoing cosmetic procedures to rid themselves of body hair; trans men might take voice coaching in attempt to speak in a lower pitch. The goal of real-life experience is to expose social issues that might arise if the individual were to continue gender reassignment. How, for example, will a boss react if a male employee comes to work as a female? What about family? Or your significant other? Sometimes, during RLE people realize that living as the other gender doesn't bring the happiness they thought it would, and they may not continue to transition. Other times, a social transition is enough, and gender reassignment surgery isn't pursued. And sometimes, this test run is the confirmation people need to pursue physical changes in order to fully become another gender.

In addition to the year-long real-life experience requirement before surgical options may be pursued, WPATH recommends hormonal therapy as a critical component to transitioning before surgery. Candidates for hormone therapy may choose to complete a year-long RLE and counseling or complete six months of a RLE or three-months of a RLE/three months of psychotherapy before moving ahead with hormone therapy.

Upon successfully completing a RLE by demonstrating stable mental health and a healthy lifestyle, the transitioning individual becomes eligible for genital reconstructive surgery — but it can't begin until a mental health professional submits a letter (or letters) of recommendation indicating that the individual is ready to move forward [source: WPATH].