Alfonso Flores is a 28-year-old freelance writer and pre-med student in Dallas. At 5 foot, 11 inches (1.8 meters) he already enjoyed a height that many people would envy. Still, he longed to top 6 feet and then some, so he underwent limb-lengthening surgery in May 2020. As of June, he's already gained more than an inch (2.5 centimeters), and still has a couple to go before he maxes out at the expected 3-inch (7.6-centimeter) improvement.

"This is something that I've really wanted to do — as far as I can remember — since I was 12. All of my heroes were super-tall. I'm talking about great, accomplished, people like Michael Jordan, Phil Jackson, Kobe Bryant and of course my father," he explains. "These people were remarkable team leaders, hard workers, absolutely selfless, and they embodied everything that I wanted for my future self."

For many of us, the concept of limb-lengthening is brand new information, despite the fact that it has been done for more than 80 years in a non-cosmetic fashion to even out limbs or even reconstruct them.

Las Vegas-based, Harvard-trained orthopedic surgeon Dr. Kevin Debiparshad, who performed Flores's surgery, has done his fair share of both types of limb-lengthening surgeries. Although volume is low for the cosmetic variety compared to deformity cases, he has noted a marked increase in patient interest since 2018 when he opened LimbplastX, the cosmetic branch of his practice.

"In 2019, I completed 22 cosmetic limb-lengthening cases, and with over 250+ patient inquiries to date, I'm on track to easily double that amount this year," he says, noting that patient testimonials and public awareness about the procedure are helping it become more socially acceptable.

Currently, 85 percent of people who've consulted and/or had the surgery with Debiparshad have been males averaging 5 feet, 6 inches (1.6 meters) in height. "The desire to appear taller, particularly for men, has always been a hot topic in modern day society and social norms," he explains. "While that is a driver in the popularity to increase their height, reasons for cosmetic limb-lengthening vary, ranging from a boost in self-confidence to improved physical capabilities — all of which change lives." Indeed, studies have shown that taller-than-average people (particularly taller-than-average men) are more educated, earn more income and are generally more satisfied with life than shorter people.

How Limb Lengthening Is Done

The technology used by Debiparshad involves placement of a full weight-bearing, FDA-approved implant, available only since 2018. The minimally invasive surgery is designed to lengthen either the thigh bones (femur) or the lower leg bones (tibia), by essentially breaking and healing them. During the X-ray-based surgery, Debiparshad makes between four and six small incisions in the legs, allowing access to the hollow part of the bone. He then inserts the implants, and screws are placed at the top and the bottom of the devices to lock into position.

The implant device is managed (and the extra inches thus added) by way of an external remote control. "Post-surgery, the external remote control is used by the patient to simply increase their height by 1 mm per day at the touch of a button, slowly stretching the legs to increase their height," he says. "Patients can expect to gain up to 6 inches [15 centimeters] in height across two lengthening surgeries."

Still, those extra inches come with some risk, not to mention a hefty price tag that most people can't afford. Cost is about $75,000 to $79,000 according to the institute's website. Financing is available since health insurance likely won't cover the procedure. "The initial surgery is painful, but pain can be well controlled with medications to allow same-day walking," Debiparshad says.

"When I woke up, I wasn't in as much pain as I thought I would be after just having my legs broken," Flores recalls, noting that his pain level only rose at any point to about a three or four out of 10. "The most difficult part was sleeping on my back for two days at the hospital."

Debiparshad says that the bone-lengthening process using the remote control is typically painless (though some patients report pain after surgery). Physical therapy, which begins the day after surgery, can be very uncomfortable. However, patients are expected to return to normal activities only a couple of weeks post-surgery. It takes a few months for the limb-lengthening process to be completed, during which time the patient continues with physical therapy and medical visits.

"Limb lengthening definitely requires a village," says Delaware-based orthopedic surgeon Dr. L. Reid Boyce Nichols in an email interview. "Physical therapy and frequent doctor's appointments are needed to avoid complications. There will be time off from school and or work."

Nichols says that while limb-lengthening done by an experienced surgeon is safe enough, there are considerations to be made. "Because the lengthening involves lengthening bones, muscles, nerves and vessels have to also lengthen. Any surgery, though, has risks, such as infection, difficulty healing and unexpected deformity."

Aside from that, anyone considering such a cosmetic procedure should think long and hard before proceeding — take it from Flores. "I highly encourage people to really look into themselves before they commit to having the surgery, and really think about why they are doing this to ensure that it's for the right reasons."

Now That's Cool
Limb-lengthening was originally done using an external device that lengthened the bones of people with polio, dwarfism or congenital defects. The idea is to improve range of motion, thus quality of life.

Can the President Cut Federal Funding to Schools for Not Reopening? 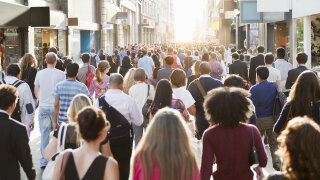 Is Height a Factor in Our Health and Happiness? 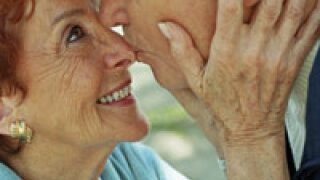 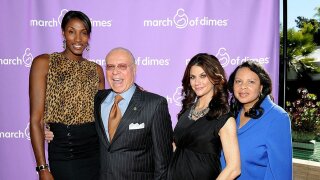 What's a Tall Fashionista to Do?