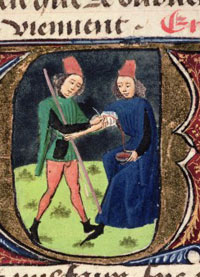 Once upon a time, the syndrome known today as fluid overload was referred to as "dropsy," from the Greek word for water. Dropsy was used to describe a group of symptoms that included lung congestion and swelling of the legs, feet and abdomen -- all symptoms that are now known to be associated with heart failure. In this article we'll look at the evolution of treatment for this condition.

Hippocrates of ancient Greece believed in the theory of four "humors" (a term the ancient Greeks used for a liquid or semiliquid substance in the body) -- black bile, yellow bile, blood and phlegm. According to the theory, when the four humors are in balance, the result is good health, and any imbalance between them results in a personality problem or an illness. Bloodletting, accomplished either by the cutting of a vein (venesection) or with leeches, was used in ancie­nt times to treat illnesses by restoring balance in the four humors and purging the body of impurities. The practice was enthusiastically embraced by the Egyptians, Greeks and Romans and became very popular during the Middle Ages.

The Roman physician Aulus Cornelius Celsus recorded the use of bloodletting in the treatment of dyspnea (difficulty breathing because of pulmonary edema, or fluid overload in the lungs) and orthopnea (difficulty breathing while lying down caused by pulmonary edema). There's evidence that the Egyptians also used sweating and substances with laxative properties to remove excess fluids in patients with dropsy. Other recorded treatments included cupping, which was used for disorders associated with an excess of blood. In cupping, which is still used today, empty cups are applied to a patient's skin. The air is then pumped or vacuumed out of the cups to draw blood toward, or even through, the surface.

Cauterization (searing or burning living tissue), which had been used from ancient times to treat wounds, was another way to remove excess fluids in patients with dropsy. There is a reference to Alexius I, the ruler of the Byzantine Empire in the early 12th century, being treated for dropsy with cauterization.

Read on to find out how fluid overload treatment has evolved since then.

Fluid Overload Treatment in the 19th and 20th Centuries 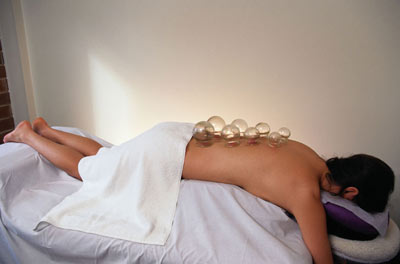 In the 19th century, Reginald Southey, an English physician, pioneered the use of small tubes (subsequently named Southey's tubes) in the lower legs and feet for the treatment of severe fluid overload. Doctors pushed the tiny rubber tubes, each about an inch long, through the skin and allowed them to drain. According to one report, they could remove up to 40 pounds of fluid in two days.

An important cardiology text published in 1932 recommended a procedure called paracentesis, the drainage of excess fluid from the abdomen through a needle.

Digitalis, extracted from the foxglove plant, was first described as a treatment for heart failure in 1785, when it was discovered to be the active ingredient in a folk recipe for a dropsy treatment.

The treatment of patients with heart failure and fluid overload underwent a huge advance with the introduction of diuretic medicines. The early diuretic medicines, in wide use in the 1940s, contained mercury (mercurial diuretics) and were associated with substantial toxicity. Thiazide diuretics were introduced in the 1950s, and in the 1960s loop diuretics became available. Only in the mid-20th century did the practice of bloodletting go into decline.

Despite their benefits, diuretic medicines sometimes stop working effectively -- a syndrome referred to as diuretic resistance. When this happens, patients are sometimes given larger doses of diuretics, but larger doses are more likely to have adverse side effects and may even increase the risk of death in heart failure patients. 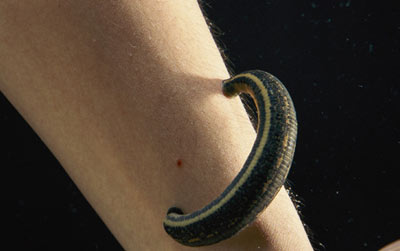 Of course, brave patients can also try out leeches -- but ultrafiltration is the most modern treatment for fluid overload.
Darlyne A. Murawski/National Geographic/Getty Images

Medical therapy does have limitations, so there has been a continued interest in alternative, nonpharmacologic, therapies to address the needs of patients with fluid overload. One such alternative is ultrafiltration, in which a machine with a special filter withdraws blood from a patient's body, removes excess fluid from it and returns the blood to the patient's body.

The key to ultrafiltration is the use of a semipermeable membrane (selective filter) through which only some molecules are able to pass -- this depends on a molecule's size and the difference in pressure on the two sides of the filter. Typically, small molecules in the blood, of which one of the most important is sodium (salt), pass through the ultrafiltration membrane. So, the ultrafiltration process doesn't cause changes in the body's levels of certain molecules. In contrast, diuretic medicines can cause an imbalance, which can have adverse clinical effects for the patient.

A group of experts, including Dr. W.R. Clark and colleagues, met in January 2003 to discuss the potential use of ultrafiltration in the management of fluid overload in heart failure patients. The group concluded that, ideally, an ultrafiltration machine -- in addition to being effective and safe -- would be portable and easy to use. It would offer midline and peripheral venous access as alternatives to central venous access (the placement of a catheter in a vein that leads directly to the heart, which is required for kidney dialysis machines). It would be cost-effective for patients, requiring short hospital stays and reducing the readmission rate. A type of ultrafiltration matching the abovementioned criteria was developed and has been shown in clinical trials to be effective in safely removing excess fluid from fluid-overloaded heart failure patients safely.

The use of this type of ultrafiltration was compared to the use of intravenous diuretic drugs to treat fluid overload in heart failure patients in a clinical study called "Ultrafiltration vs Intravenous Diuretics for Patients Hospitalized for Acute Decompensated Congestive Heart Failure" (the UNLOAD study). The study showed that the patients who received ultrafiltration had greater fluid loss than did patients who received intravenous diuretics. They also spent fewer days in the hospital and had fewer repeat hospitalizations for heart failure.

Early measures such as bloodletting, cauterization and Southey tubes paved the way for today's technologically savvy treatments for heart failure, which enable more effective management and improved quality of life for the continually increasing number of fluid-overloaded heart failure patients.

To learn more about ultrafiltration and other ways to manage fluid overload, take a gander at the links on the next page.