Is That Prostate Cancer I Smell in Your Urine?

by Nichole Bazemore Feb 26, 2016
Doctors can tell if a patient has prostate or bladder cancer just by reading the patterns made by urine traveling through the Odorreader. University of Liverpool/Steve Gschmeissner/Getty

And it gives human urine a silent odor, one that can signal a man has prostate cancer. You can't smell it, but your furry, four-legged friend can.

That's why doctors in the U.K. are taking a cue from Fido. They've created technology that can “sniff out” prostate and bladder cancer in urine.

It's called the Odoreader, and as its name implies, it seeks out the compounds that give urine that eau de je ne sais quoi. It's quick (takes just 30 minutes) and noninvasive, and it could change diagnostic tests as we know them.

Doctors take a sample of a patient's urine. They pour it into the Odoreader, which has a 30-meter (98-foot) column that allows the compounds in the urine to travel through the tube at different speeds. Gas chromatography (GC) sensors separate the compounds that give urine its distinct odor. The sensors “smell” those compounds and take a “snapshot” of the pattern they create. Doctors can tell if a patient has prostate or bladder cancer just by reading those patterns.

To prove it, doctors in the U.K. collected urine samples from 155 men who were patients at various urology clinics. Fifty-eight of the men had prostate cancer; 24 of them had bladder cancer; the remaining 73 didn't have cancer but had cancer symptoms. The study found that the GS sensor system – the Odoreader – successfully “sniffed out” cancer in the urine of all the men who had it.

The findings were published in early February in the Journal of Breath Research.

Chris Probert, a professor at the University of Liverpool's Institute of Translational Medicine in the U.K., invented the Odoreader. He and his team first used it to diagnose cancers in the digestive tract.

“As a gastroenterologist, I was aware that the smell of feces changes when there is GI disease,” Probert wrote via email. “We had been looking at feces for a while when a colleague, Raj Persad, asked if we had considered looking at urological cancers.”

Probert and his team hadn't considered it before that conversation. But they did note that existing methods of detecting prostate and bladder cancer, well ... stink. The prostate specific antigen (PSA) test — the most widely used test in the U.S. — checks for proteins that can rise in prostate cancer. But it often misses the mark in other areas.

“PSA is quite good, especially in monitoring known disease, but can lack specificity and sensitivity in the screening population,” Probert says.

In other words, the test wrongly diagnoses the disease in some cases and misses it altogether in others. That can lead to unnecessary biopsies, emotional trauma and risk of infection. Probert says the Odoreader can not only eliminate these risks, but also deliver more accurate results.

“By using this technology, we can correctly diagnose about 90 percent of men with prostate cancer [and] over 95 percent of men with bladder cancer. That compares very favorably with the existing techniques. The PSA testing that many people may have heard of, is only accurate in about 65 percent to 75 percent of men," Probert explains in the video below.

"There's a big potential for over-diagnosing prostate cancer, as well as missing it. In bladder cancer, there is no biomarker present, and anybody who has blood in their urine is going to undergo invasive investigation,” he adds.

And that's precisely why Probert hopes to make the Odoreader technology commercially available. Many men, who might avoid traditional prostate cancer tests because they're embarrassing, invasive or uncomfortable, might be more willing to give the Odoreader a try.

Right now, researchers are planning studies and seeking funders for a large-scale trial. Afterward, they'll look for partners to commercialize the technology. Doctors and clinicians might not get their hands on the Odoreader for several more years — Probert and his team set 2020-21 as a target date.

Now That’s Interesting
Could there be a home test for prostate cancer one day? Probert is hesitant. “It is not impossible, but there are significant implications to the diagnosis. It would be best to have it made by medics who are able to work with the patient to explain outlook, treatment, etc.”

The 2017 Ford Fusion V6 Sport Will Skip Over Potholes 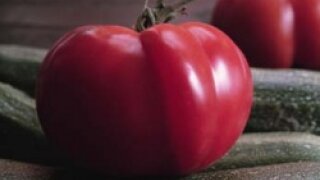 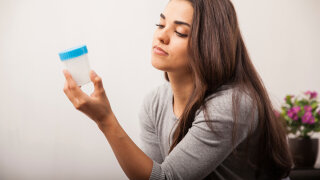 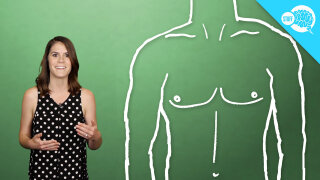 BrainStuff: Why Do Men Have Nipples?