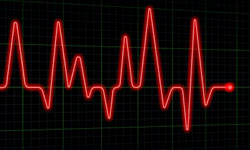 A growing number of people today suffer from heart failure -- people are living longer and the risk of developing this condition increases with age. According to the American Heart Association, more elderly people are hospitalized for heart failure than for any other condition. The National Institutes of Health estimates that one out of every 100 people over the age of 65 will be diagnosed with heart failure.

In the United States, more than a million heart failure patients are admitted to the hospital each year -- resulting in health care costs of nearly $29 billion.

In heart failure, the heart's muscular contractions become weaker and less effective over time. When this happens, there's a tendency for excess fluid to build up in the body. Doctors traditionally use diuretic drugs, which help flush fluids from the body, to treat heart failure patients who have symptoms of fluid overload.

There are several different types of diuretic drugs -- loop diuretics are the strongest. But unfortunately, diuretics are often not effective in relieving the symptoms of fluid overload in heart failure patients. In fact, data show that most hospitalizations for heart failure are fluid-overloaded patients for whom oral diuretic drugs are no longer working. Even though 90 percent of patients in these circumstances are treated with intravenous diuretic drugs, a significant percentage of them fail to achieve relief upon release from the hospital, and many of them are readmitted to the hospital later.

Diuretic resistance is a term for the condition from which some of these patients suffer. It happens when diuretics don't flush out enough excess fluid, and it's particularly likely to occur in patients with moderate or severe heart failure.

Ultrafiltration is an alternative to diuretics. Researchers designed a clinical study to compare the safety and efficacy of ultrafiltration with that of diuretic drugs. The official name of the study was the Relief for Acutely Fluid Overloaded Patients with Decompensated Congestive Heart Failure trial, which was nicknamed the RAPID-CHF study. We'll discuss the results of the study on the next page.

Results of the RAPID-CHF Study

The RAPID-CHF study was a randomized controlled trial of 40 heart failure patients in six hospitals in Minneapolis/St. Paul. The patients were divided into two groups of 20: one group received a single eight-hour session of ultrafiltration, and the other group received the standard treatment for fluid overload in heart failure patients, which included 24 hours of diuretic treatment.

After 24 hours, significantly more excess fluid was removed from the patients who had received ultrafiltration.

Unlike diuretic treatment, ultrafiltration was not associated with significant changes in heart rate, blood pressure or electrolytes (small molecules, such as sodium, in our bodily fluids). At 38 hours, shortness of breath and other symptoms of fluid overload (such as swelling of the legs, feet or abdomen) were significantly improved in patients in the ultrafiltration group.

To learn more about fluid overload and ultrafiltration, take a gander at the links on the next page.

When faced with diuretic resistance, doctors often try to modifying the dose of diuretics or manner of administration. For patients with moderate to severe heart failure, a continuous intravenous infusion of loop diuretics can result in improved elimination of excess fluid. It can also be helpful to use more than one type of diuretic drug. But unfortunately, in spite of these approaches, diuretic drugs still stop working for many patients.

The medical establishment has also raised concerns about the safety of diuretic drugs. A number of recent studies have shown that chronic use of these drugs results in an increased risk of death in this patient population.

What is the cost of heart failure?
Orthopnea Overview
Paroxysmal Nocturnal Dyspnea