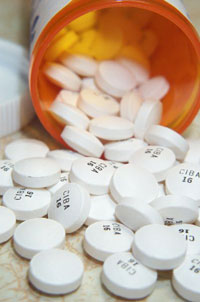 ­With the release of the first long-term study of the effects of Ritalin on children aged 3 to 5 years, the ADHD debate has heated up again. Supporters of the study -- and of Ritalin use in young children -- interpret the results as saying this particular drug treatment is safe under certain circumstances; those who decry the use of an amphetamine-like drug in youngsters read the study very differently. First, let's take a quick look at the diagnosis called ADHD, or Attention Deficit Hyperactivity Disorder.

Various government and private sources say anywhere between 5 and 8 percent of school-age children and up to 3 percent of pre-school children have ADHD. The causes and actual mechanisms of the disorder are not well understood, but researchers believe it has to do with some sort of malfunction in the brain's communication process. It seems that a neurotransmitter -- the chemical means by which signals get delivered between the various parts of the brain -- is somehow not properly delivering signals from the portions of the brain that handle the abilities to focus and control impulses. The result is extreme hyperactivity, an inability to concentrate and focus, and poor impulse control. Ritalin®, the brand-name version of the generic drug methylphenidate, has been shown to decrease these symptoms in people with ADHD.

Methylphenidate is a stimulant. While it seems strange that a stimulant could actually calm someone down, it has been shown to do just that in people with ADHD. Again, science doesn't really know why. It could be that an ADHD brain is lacking in certain chemicals that turn off stimulation, resulting in a brain that is unable to "calm down," and perhaps the addition of an external stimulant somehow lets the brain know it can "relax." This is all just educated guessing and supposition. What is known is that methylphenidate, a stimulant with a similar chemical structure to cocaine and whose effects are described as somewhere between those of caffeine and those of amphetamine (a.k.a. "speed"), appears to alleviate the symptoms of ADHD. Currently, methylphenidate is FDA-approved for use in children over the age of 6, but statistics show that doctors are prescribing the drug to hundreds of thousands of younger children. That's where the recent study, funded by the National Institute of Mental Health, comes in. It's the first full-blown study on the effects of methylphenidate on preschoolers.

The study began with an original enrollment of 303 children, aged 3 to 5 years, who had been diagnosed with ADHD. The first stage of the study, before the drug trial, was a 10-week parent training and behavioral therapy stage. Nearly half of the children were pulled out of the study by their parents after that initial phase. According to the study's authors, the reduction in number was due to the success of the behavioral therapy or to a refusal on the part of the parents to include their children in the drug-trial part of the study.

In the drug study, 183 children took Ritalin for about a year, at varying doses. The average dose was 14 mg per day -- half the average dose given to children six and older.

The results of the study showed that Ritalin increased focus and impulse control in children aged 3 to 5. It also showed that it slowed those children's growth rate (both in height and weight categories) compared to predetermined expectations for that age group. Eleven percent of the children in the drug trial dropped out before the end of study due to intolerable side effects, including insomnia, extreme weight loss, constant nervousness and the development of skin-picking disorders.

The study's authors concluded that it is safe to use Ritalin to treat ADHD in preschool children, but that parents and doctors must weight the costs and benefits. Because the side effects of Ritalin, including weight loss, sleep problems and slow growth, appear to be worse in younger children, Ritalin treatment should only be used in the most extreme cases of ADHD in 3- to 5-year-olds.

These conclusions are questioned and contested by some other members of the medical and scientific communities. Their problems with the study focus mostly on several factors:

For their part, the researchers who conducted the study say they intend to follow up with their young subjects. Further results reflecting the effects of Ritalin on these children in terms of brain and body development will be available in another three to five years.

For more information on Ritalin, ADHD and related topics, see the next page.

Can you really feel the weather in your bones?
Does Playing With Toy Guns Lead to Later Acts of Gun Violence?
For Teen Twins, Bad Behavior Can Be Contagious