The National Institute of Mental Health (NIMH) supports research into the causes, diagnosis, prevention, and treatment of anxiety disorders and other mental illnesses. Studies examine the genetic and environmental risks for major anxiety disorders, their course-both alone and when they occur along with other diseases such as depression-and their treatment. The ultimate goal is to be able to cure, and perhaps even to prevent, anxiety disorders.

NIMH is harnessing the most sophisticated scientific tools available to determine the causes of anxiety disorders. Like heart disease and diabetes, these brain disorders are complex and probably result from a combination of genetic, behavioral, developmental, and other factors.

Several parts of the brain are key actors in a highly dynamic interplay that gives rise to fear and anxiety. Using brain imaging technologies and neurochemical techniques, scientists are finding that a network of interacting structures is responsible for these emotions. Much research centers on the amygdala, an almond-shaped structure deep within the brain. The amygdala is believed to serve as a communications hub between the parts of the brain that process incoming sensory signals and the parts that interpret them. It can signal that a threat is present, and trigger a fear response or anxiety. It appears that emotional memories stored in the central part of the amygdala may play a role in disorders involving very distinct fears, like phobias, while different parts may be involved in other forms of anxiety.

Other research focuses on the hippocampus, another brain structure that is responsible for processing threatening or traumatic stimuli. The hippocampus plays a key role in the brain by helping to encode information into memories. Studies have shown that the hippocampus appears to be smaller in people who have undergone severe stress because of child abuse or military combat. This reduced size could help explain why individuals with PTSD have flashbacks, deficits in explicit memory, and fragmented memory for details of the traumatic event.

Also, research indicates that other brain parts called the basal ganglia and striatum are involved in obsessive-compulsive disorder.

By learning more about brain circuitry involved in fear and anxiety, scientists may be able to devise new and more specific treatments for anxiety disorders. For example, it someday may be possible to increase the influence of the thinking parts of the brain on the amygdala, thus placing the fear and anxiety response under conscious control. In addition, with new findings about neurogenesis (birth of new brain cells) throughout life, perhaps a method will be found to stimulate growth of new neurons in the hippocampus in people with PTSD.

NIMH-supported studies of twins and families suggest that genes play a role in the origin of anxiety disorders. But heredity alone can't explain what goes awry. Experience also plays a part. In PTSD, for example, trauma triggers the anxiety disorder; but genetic factors may explain why only certain individuals exposed to similar traumatic events develop full-blown PTSD. Researchers are attempting to learn how genetics and experience interact in each of the anxiety disorders-information they hope will yield clues to prevention and treatment.

Scientists supported by NIMH are also conducting clinical trials to find the most effective ways of treating anxiety disorders. For example, one trial is examining how well medication and behavioral therapies work together and separately in the treatment of OCD. Another trial is assessing the safety and efficacy of medication treatments for anxiety disorders in children and adolescents with co-occurring attention deficit hyperactivity disorder (ADHD). For more information about these and other clinical trials, visit the NIMH clinical trials web site, or the National Library of Medicine's clinical trials database. 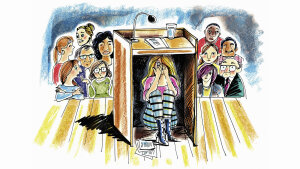 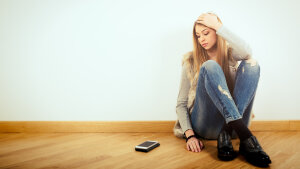 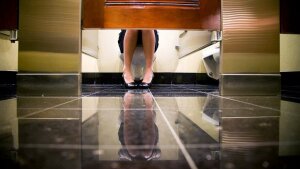