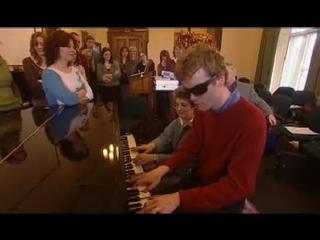 Autism includes a range of autism spectrum disorders, including Asperger syndrome and PDD (pervasive developmental disorder), which affect how someone perceives the surrounding environment, how he communicates and how he interacts with other people. Males make up 75 to 80 percent of those who have autism. The National Institute of Mental Health reports that about one in 300 children in the United States has an autism spectrum disorder. On one end of the scale, you'll have people with an autism spectrum disorder that you can't even recognize, either because it's so slight or because they've worked to improve their skills; and on the other end of the scale, there are people with severe autism who don’t talk, and who bang their head on the wall until it bleeds.

Signs of autism usually appear by the age of a year and a half. By then, most toddlers are making eye contact and responding to the sound of their own name, but those with autism seem to be in their own world. As children with autism grow older, their social maturity lags behind, and they have difficulty understanding the feelings of other people, violent outbursts, and repetitive behavior, such as rocking back and forth, twirling in circles, and arranging household items in patterns. While some children are able to grow up and lead independent lives, contributing to society (for example, Temple Grandin, an author, scientist and animal rights activist), others remain with their "strange" behavior, flapping their arms or harming themselves in lieu of communication.

Some studies point to a genetic link for autism, while others have implicated viruses. The article in a British medical journal that claimed autism was caused by vaccinations was later determined to have been based on false data.