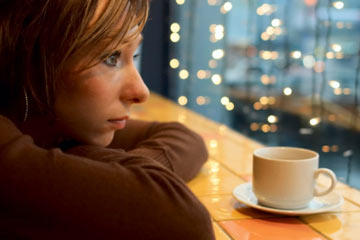 Knowing and recognizing the symptoms of dysthymia can help a person prepare for and deal with its effects.
iStockphoto/Thinkstock

Dysthymia is a Greek word that refers to an ugly state of mind or foul mood [source: Harvard Health Publications]. If you, personally, haven't experienced dysthymia, you've probably known someone who has. They're typically viewed as the kind of people who are negative, cynical and generally no fun to be around. But they're not trying to be the proverbial party poopers: They're dealing with dysthymia, a chronic-but-mild form of depression.

Characterized by its length more than its acuteness, dysthymia is not the same as major depression. The condition begins gradually and lasts for no less than two years. Contrast that with major depression, which is quite severe but may last for as little as two weeks. Because it's milder than major depression, it would be easy to disregard dysthymia as a minor problem. But it can actually have a bigger effect on someone's lifestyle because of its duration, and it can even lead to suicide [source: PubMed Health].

Dysthymia affects a small but significant portion of the general population. Research indicates that about 6 percent of Americans have dealt with it at some point in their lives, and that about 3 percent have had dysthymia in the last year. While it's different than major depression, if it's not treated it can lead to the more acute condition. This is often referred to as "double depression" [source: PubMed Health].

Family, friends and co-workers may disregard dysthymia as a general case of being cranky or cynical, but it's important to distinguish a personality trait or a temporary mood from something more serious. A person who has long been optimistic and outgoing but becomes sullen and grumpy -- even for a period of years -- could have dysthymia [source: Harvard Health Publications].

The mild depression associated with dysthymia often leads to a lack of interest in activities that the person used to enjoy. He may also become withdrawn and take a critical look at life. In addition, the constant gloom can result in changes in eating and sleeping patterns. It may become difficult for him to focus, and feelings of despair may become common [source: PubMed Health].

Dysthymia is also characterized by snowball effects. For example, because a person with dysthymia becomes pessimistic, he views unpleasant-but-natural occurrences in life as more traumatic than they really are -- which leads to an even deeper depression. Likewise, because he isn't fun to be around, he becomes more isolated, and that can create a more severe problem [source: Harvard Health Publications].

Suspected causes of dysthymia range from biochemical issues to genetics to environmental factors [sources: Mayo Clinic]. Chemicals in the brain that influence mood may be imbalanced, a person's family history is likely to indicate common instances of depression, and events such as childhood or adult trauma can precipitate dysthymia. Research indicates that approximately 75 percent of those with the condition also have another mental or physical issue, including drug and alcohol dependence [source: Harvard Health Publications]. And women appear to be more at risk than men.

Determining whether or not a person has dysthymia may begin with a questionnaire. The Hamilton Rating Scale for Depression and the Patient Health Questionnaire are two common assessment tools. Research indicates that dysthymia is undertreated. In other words, your family doctor may not be equipped to diagnose the problem effectively: a specialist may be in order [source: Harvard Health Publications].

Types of treatments for dysthymia can be divided into two broad categories: drug treatment and psychotherapy (or talk therapy).

Drug treatments involve the use of medications that alter chemicals in the brain associated with mood. Medications commonly used include Prozac, Zoloft and Effexor [source: Harvard Health Publications]. Some people 18 to 24 years of age may be at greater risk of suicide when taking these drugs, so monitoring a patient's symptoms is very important [sources: Mayo Clinic].

Psychotherapy or talk therapy can be used in conjunction with drug treatments or alone. Talking through the components of dysthymia and recognizing its symptoms can help a patient prepare for and deal with its effects. Therapy can also give an otherwise isolated person a comforting and sympathetic environment in which to share feelings and experiences without being concerned about negative outcomes of the conversation, such as stigmatization and even more isolation.

For more information, visit the links and resources on the next page.

Without treatment, dysthymia can last for years and even lead to more acute issues like major depression.