How are depression and anxiety related? 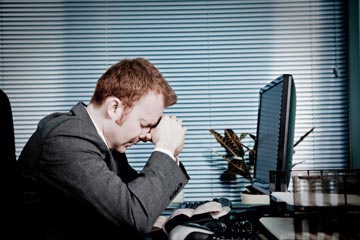 Anxiety and depression are often linked -- but both can be helped by similar therapies.
iStockphoto/Thinkstock

Medical science has established that depression and anxiety are closely related. Between 35 percent and 85 percent of all patients diagnosed with one condition show symptoms of the other [source: Seltzer]. Conditions that occur in this way are said to be comorbid:They occur simultaneously in the same person, but neither one causes the other.

A comparison sometimes used is the relationship between first cousins, whose parents are siblings. First cousins have several important similarities. They share a certain amount of DNA and they therefore resemble each other to a certain extent. However, having different parents and growing up in different families create differences in their appearances and personalities. In a sense, each cousin is a different expression of the family.

Likewise, depression and anxiety are different expressions of the same family of mental distress. Clinical depression refers to mental disorders characterized by abnormally intense and long-lasting negative thoughts and moods [source: Panzarino]. Examples include dysthymia, which is constant feelings of sadness or dullness,and bipolar disorder, in which bouts of intense energy and recklessness alternate with slumps of listlessness and despair.

Anxiety disorders -- as opposed to normal anxiety -- are characterized by overwhelming, irrational senses of worry, dread and fear [source: Nemours Foundation]. Generalized anxiety disorder (GAD), for instance, is a chronic state of worry. Other disorders, such as panic attacks, phobias and post-traumatic stress disorder (PTSD), are marked by sharp, sudden episodes of terror.

Further, just as cousins are born to closely related parents, clinical depression and anxiety both arise from similar causes. Both may be initially triggered by a traumatic event or situation, especially in cases of PTSD. Both are associated with an imbalance of neurotransmitters, the chemical messengers in the brain. Three neurotransmitters are most commonly involved: dopamine, epinephrine and serotonin.

Both conditions also target certain populations. Up to 50 percent of people with an anxiety disorder have a close relative with the same disorder, for example.[source: University of Maryland Medical Center]. However, it isn't clear whether that's due to genetics, environment or those factors combined. Likewise, people with other vulnerabilities, including mental disabilities and histories of abusive relationships, seem more prone to depression. Again, the depression may result from the person's other issue, or some common cause may underlie both.

A growing number of experts suggest that treating depression and anxiety as one illness would lead to better research and improved patient care. The current standards of treatment are described on the next page. 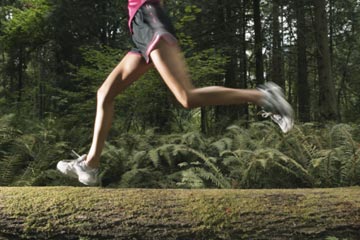 Healthy eating and exercise can balance the brain's chemicals, but it may be beneficial to see a doctor or therapist to help find the motivation to be healthier.
Thomas Northcut/Digital Vision/Getty Images

Because they have a strong psychological basis, clinical depression and anxiety disorders can be difficult to cure, but they can be successfully managed. Strategies may involve the mind, body or both. Here, too, a similar approach seems to work equally well for both conditions, albeit tailored to the specific disorder, its severity and the patient's motivation.

A course of treatment often starts with a thorough physical checkup to identify any biological causes. For example, a growing body of research points to the role of nutrition in mental health. Vitamin B6 and carbohydrates encourage the production of serotonin. Folate, selenium and omega-3 fatty acids are all critical to maintaining the central nervous system (the nerves and the brain). Exercise acts as a neurotransmitter by causing the body to release mood-elevating chemicals called endorphins.

While changing lifestyle habits can be helpful, overcoming depression and anxiety disorders usually requires a change in thinking habits. Replacing negative thoughts and self-defeating behavior with positive responses can be achieved through therapist-guided cognitive-behavioral therapy (CBT). In therapy, patients may learn to recognize unfounded assumptions about themselves and others that increase anxiety. They may learn self-help strategies to ward off depression, like journaling or volunteering.

Medication is a third and powerful antidote to depression and anxiety. Psychotropic drugs (drugs used to treat mental disorders) commonly prescribed for these conditions include selective serotonin reuptake inhibitors (SSRI). This class of drugs temporarily blocks nerve cells from reabsorbing serotonin after releasing it, thus improving the overall balance of serotonin in the brain.

Another type of drugs, beta-blockers, is used to control symptoms of anxiety disorders. Beta-blockers prevent nerve cells from responding to epinephrine and other neurotransmitters that trigger physical reactions like sweating, shortness of breath and a racing heart. By reducing these reactions, they allow people to regain emotional control of a stressful situation.

Mood disorders are a varied and complicated family of illnesses. Treatments may take some time to refine and take effect. Emotional support and understanding from family and friends are also essential to coping and recovery.

Can watching too much TV at night make you depressed?
Here's How You Help a Friend With Depression
Can clinical depression be completely cured?