by Dave Roos Mar 18, 2016
Jesus Bocanegra, who has been diagnosed with Post-Traumatic Stress Disorder or PTSD, due to his Army service in Iraq, talks to a therapist. Experts say everyone should be screened for depression during primary care visits. Chris Hondros/Getty Images

Twelve to 15 minutes. That's the average length of a primary care doctor's visit with a patient in the U.S. During that brief interaction, the time-crunched doctor has a lot of ground to cover. Most of her patients aren't acute cases — sick with the flu or injured from an accident — but people struggling with one or more chronic conditions like diabetes, heart disease and high blood pressure.

There are physical exams to conduct, multiple test results to analyze and explain to the patient, and prescriptions to write and refill. On top of that, there is data to enter and reports to fill out for the insurance company. Is there time for the doctor to also discuss her patient's mental health?

Despite the scope and severity of depression in America, primary care physicians are still not required to screen all patients for signs of the disease. Has your doctor ever asked you the nine-question Patient Health Questionnaire (PHQ-9), the standard screening tool for depression? Probably not.

But that might be changing. In January 2016, the U.S. Preventive Services Task Force (USPSTF) recommended for the first time that all adults 18 or older, including pregnant and postpartum women, should be routinely screened for depression. The USPSTF, an independent group of medical experts that advises the government, also echoed earlier recommendations by the American Academy of Pediatrics that adolescents 12 to 18 should be regularly tested for depression.

"The fact is that 60 percent of people who walk into a primary care practice have a behavioral health issue, including depression," says Dr. John Bartlett, senior project adviser for the Primary Care Initiative at Atlanta's Carter Center. "I see my doctor in a university-based primary care setting. They don't do formal screening for depression despite the fact that I talk to them about it."

Part of the problem, explains Bartlett, is that medical care and mental health care have traditionally existed in separate silos. But in practice, whether it's because of convenience or the stigma of mental health disorders, most patients with depression get treated by their primary care physician, not a psychiatrist or therapist. Bartlett and other health care policy reformers want to see more integrated care, where a behavioral health specialist is part of the primary care team, not in a separate office across town.

"I'm not advocating that primary care doctors need to become psychiatrists," he says. "But primary care practices need to understand the prevalence and impact of depression, the possibility of treating many cases of depression adequately in primary care, and the importance of following these patients across time."

Bartlett envisions an integrated primary care practice where a trained staff member — not a doctor or therapist — administers a depression screening tool like the PHQ-9, which will clearly indicate if a patient is at high risk for depression. Screening, Bartlett emphasizes, is not the same as making a diagnosis.

"Screening positive means you've been determined by a scientifically valid tool — like the PHQ-9 — to be at higher risk to actually have depression. It's doesn't mean that you have it. It just means you're at higher risk," says Bartlett. "You still need to have a diagnostic interview with a trained clinician who is qualified to make a diagnosis of depression. Screening is a population health tool. Diagnosis is a clinical tool working with an individual patient."

Another important point — the 2016 recommendations published by the USPSTF and other medical associations aren't regulations. Doctors aren't required to screen every single patient who walks through the door. But insurance companies and health care accrediting organizations pay close attention to these recommendations and use them when reimbursing and rating primary care practices.

Now That’s a Bummer
In 2006, the U.S. Food and Drug Administration issued a warning on all antidepressant medication that adolescents taking antidepressants showed a slightly higher rate of suicidal thoughts than adolescents with depression who didn’t take pills (4 percent versus 2 percent). In response, millions of parents took their kids off of antidepressants. Sadly, 10 years later, there’s evidence that the warning backfired. With fewer kids beings medicated for depression, suicide attempts among adolescents and young adults rose sharply in the years immediately following the warning.

Ridiculous History: The Curse of the Colonel 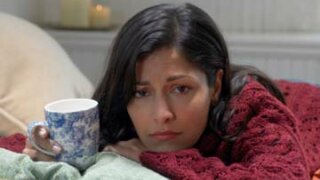 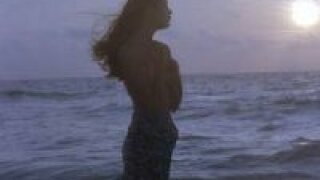 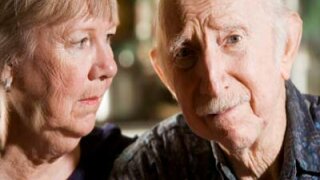