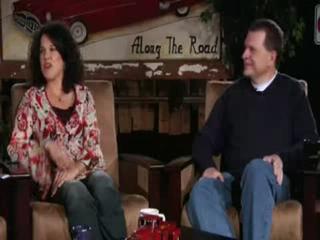 Some suggest that early feeding problems, starting in infancy, can predispose one to getting an eating disorder. In fact, a number of unhealthy family behaviors might contribute to eating disorders. For example, if someone else in the family is obsessed with weight, it can increase the likelihood that someone else in the family will as well. It’s also believed that some emotional issues can lead to eating disorders. Sometimes, a stressful family event or childhood trauma can trigger feelings of loss of control. In some cases, eating disorders are brought on after such events because the sufferer can control what he/she eats. So the extreme obsession with food and weight is a way of regaining control. Even in the absence of a traumatic event, many people suffer from high anxiety, depression, or perfectionism, and these emotional challenges can also lead to eating disorders.

There are also a number of cultural factors that can lead to weight obsession. Media ideals of physical beauty can create unrealistic body image expectations. The cultural pressure to be thin and beautiful can come from television, school, family or magazines. Depending on the emphasis on thinness in one’s home and community, a person can be bombarded with pressures to get thin. For people who participate in sports or the arts, the pressure to reach a perceived type of physical perfection can be especially intense.