Got a Backup Plan? Think About Ditching It

Browse the article Got a Backup Plan? Think About Ditching It 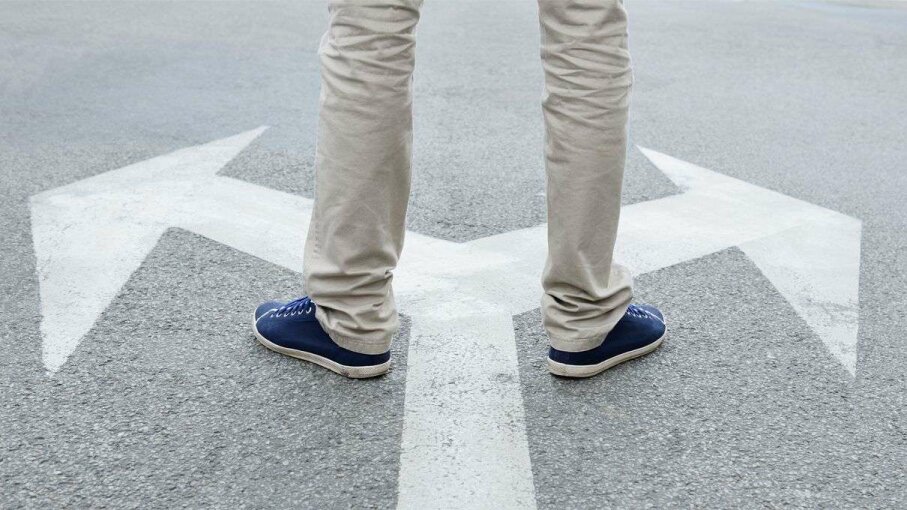 Backup plans, we've always been told, are a good idea. Like your Mom used to tell you about that clearly out-of-your-league girlfriend and your dream of becoming a Hollywood actor:

Remember, hon, it's nice to have something to fall back on. Just in case.

The problem is — and maybe we've known this all along? — backup plans can be kind of lame. They're for the meek, the overly cautious.

Worse, says Jihae Shin, the mere idea of a backup plan can set you up to lose.

"People fear failure, and that makes them want to make a backup plan," says Shin, an assistant professor of management and human resources at The Wisconsin School of Business at the University of Wisconsin-Madison. "But making a backup plan can actually make it more likely that failure comes to you."

Shin and colleague Katherine L. Milkman of the University of Pennsylvania's Wharton School figured that out by doing what all good academics do: experimenting. They started off by surveying people at a U.S. train station about backup plans (almost half of the surveyed population had one for an identified goal), then took it further with a test that promised undergraduates an energy bar for performing well in unscrambling words into sentences.

The researchers asked half of the students to think about alternate ways (backup plans) to get a snacks. Sure enough, the group with a fallback plan for scoring an energy bar if they failed to do their task didn't perform as well in constructing the sentences.

Shin and Milkman have published the results of their study in a journal article titled, "How Backup Plans Can Harm Goal Pursuit: The Unexpected Downside of Being Prepared for Failure."

"Many of the goals we pursue in life require a great deal of effort, and we can't be certain of achieving them. The insurance of having a backup plan is thus very attractive," Milkman and Shin write in Scientific American. "However, this psychological insurance, just like other insurances, may come with a price."

Shin drew from personal experiences to come up with the idea for the study. After earning her Ph.D. from Wharton in 2014, she wandered into the job market, looking for something in academia. Jobs like the ones she was after aren't that easy to come by.

"It's really interesting and fascinating how we get those ideas," says Shin. "I was thinking, somehow, if I do make a backup plan, somehow I think it will make it more likely that I might fail. It will kind of hurt my chances of success."

Why is that so? It's simple, really. People are less motivated and put in less effort to succeed when they know the consequences of failure aren't terribly severe. If you have that "insurance," as Milkman calls it — a backup girlfriend, say, or a good job acting in local theater in case Hollywood falls through — you may not work as hard. Because, even if you fail, you'll be OK.

"You are effectively constructing an emotional safety net," the authors write, "which may dampen your goal desire."

Shin and Milkman go even further. They found that even thinking about a backup plan can impede your progress in achieving that primary goal.

"It's not about having a backup option that we can take into the real world," Shin says. "What we're studying here is more about planning what you're doing, in your mind."

Commitment, or the desire and effort needed to reach a goal, plays a huge part in the study. "P]rimary goal commitment is increased by having an additional means of attaining the primary goal," they write, "but primary goal desire is decreased by making a backup plan."

Shin is quick to point out that the study looks only at goals that can be achieved through effort. Those are the ones affected negatively by thinking about or having a plan B.

For other goals, like ones that involve luck? Say, a desire to get rich playing the stock market or to retire to Aruba once you hit on one of those scratch-off lottery tickets?

For those, it's probably best to have a backup plan.

NOW THAT'S INTERESTING
Making plans isn't all bad, Shin says. In fact, it can be quite good. Many studies, including one by Milkman and others that's nearing publication, point out that there's a direct and positive correlation between making plans and success in achieving those goals. The difference: Those studies examine plans that are designed to help you reach your initial goal, perhaps multiple plans that all are designed to help you reach that goal, not backup plans in case you fail.