by Julia Layton Jan 19, 2016
In the 2010s, 22 percent of U.S. brides kept their maiden names, according to data from The New York Times. Yuri Arcurs/Getty Images

Hillary Clinton may have dropped the "Rodham" in her presidential bid, but U.S. brides are hanging onto their maiden names in record numbers, according to a report by The New York Times. Google Consumer surveys conducted by the paper suggest a whopping 22 percent now forego the custom, compared to 19 percent in the 2000s and 17 percent in the '70s, when the women's movement was in full swing.

According to the Times writers Claire Cain Miller and Derek Willis, "feminism" may no longer drive the choice to break with the tradition.

Feminist objection is warranted. According to the BBC, the custom goes back to 15th-century England, when a new take on the doctrine of coverture took hold. Coverture designated a wife as her husband's legal possession, and until that time she had no surname at all. Around the start of the 1400s, scholars began to think of coverture less in terms of marital control than marital unity, eventually leading to the custom of the bride taking the groom's name.

The modern practice is not universal. In Greece and France, women are legally required to keep their birth surnames. Those laws were passed in 1983 and 1789, respectively. In Italy, brides can't take their husbands' names, but they can hyphenate. South Korean women can change their names if they want, but it's not the custom.

In America, adherence to the custom, at least on paper, was apparently absolute until 1855, when civil rights activist Lucy Stone got married and stayed Lucy Stone. She faced opposition when she refused to sign her husband's name to purchase land and vote — opposition that in some states continued into the 1970s — and in defiance made a public declaration that she would always be Lucy Stone. Fellow activist Elizabeth Cady Stanton called it "the announcement by you of a woman's right to her name."

The feminist view of marital name change as a symbol of women's subjugation likely accounts for the increase the Times surveys found in brides who married during the 1970s, when feminism had really gained steam — 17 percent kept their names, compared to 14 percent of pre-1970 brides.

The surveys show a dip back to 14 percent in the conservative '80s, and then the rise continues, culminating in the 22 percent of respondents who kept their names in the last five years.

These numbers are probably high. Dr. Laurie Scheuble, professor of sociology at Pennsylvania State University, says data-collection flaws are inherent in opt-in surveys, which are nonrandom, in this case resulting in "significant overestimation."

"Women who kept their birth surname are more likely to respond to opt in surveys because 1) they are better educated [and] 2) they have done something nonconventional and they want people to know," Scheuble writes in an email.

Several studies look at the numbers, but they typically address select populations, like Duke University alumnae or brides featured in The New York Times wedding pages. According to Scheuble, the most recent, reliable, nationally representative data comes from a 2009 study based on the 2004 American Community Survey. It showed 6 percent of married women using "nonconventional" surnames, which includes hyphenation.

"So, based on trends, I think it is around 9/10 percent now," Scheuble estimates.

Including all "nonconventional" surnames, the Times survey estimate rises to about 30 percent.

The upward trend is real; the numbers are debatable. Perhaps more interesting than the numbers, though, are the motivations. Somewhere along the line, women keeping their names "lost its significance in defining their independence and its symbolism as a feminist act," as Miller and Willis put it.

Now, it may symbolize not wanting to deal with the department of motor vehicles.

"There [is a] significant percentage of women who keep their birth surname because they do not want to push the paper to get their name changed," Scheuble says (though, she adds, "there are businesses that do that for you now").

Evidence shows that women who have children from previous marriages, marry at an older age, have advanced degrees or established careers, work in the arts and/or cultivate strong social-media presences hold onto their names at higher rates. Fear of losing career and social-media recognition are commonly cited motivations.

Maintaining identity and sense of self factors in, too. Names are strongly linked with who we are. They may even shape it. Michael Hedrick wrote a whole article about it in The Week.

For Scheuble, more compelling than a slight increase in women keeping their names is the fact that most women in the U.S. still change them.

"It demonstrate[s] how strongly social norms operate on this issue. There is a tremendous amount of social pressure on the woman" to conform, she says.

While Scheuble is unimpressed with the upward trend in name-keeping, she does see one significant increase: in women who make their birth surnames their middle names and change their last names to their husbands'.

She surmises, "This may be the compromise between keeping their own identity and adhering to the norms of society."

Learn more about marriage in "The Seven Big Myths about Marriage: What Science, Faith and Philosophy Teach Us about Love and Happiness" by Christopher Kaczor. HowStuffWorks picks related titles based on books we think you'll like. Should you choose to buy one, we'll receive a portion of the sale.

Why Scientists Put Tiny 3-D Glasses on a Praying Mantis 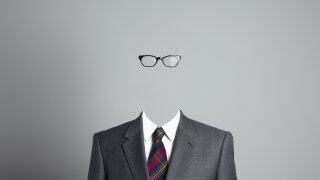 Is it illegal not to have a name? 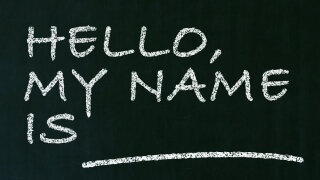 FwThinking Video: What Does Your Name Say About You? 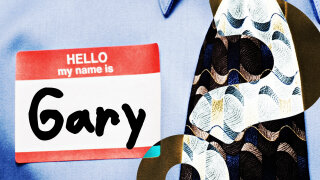