In Search of the Perfect NCAA Bracket? Try Winning Powerball Instead

Browse the article In Search of the Perfect NCAA Bracket? Try Winning Powerball Instead 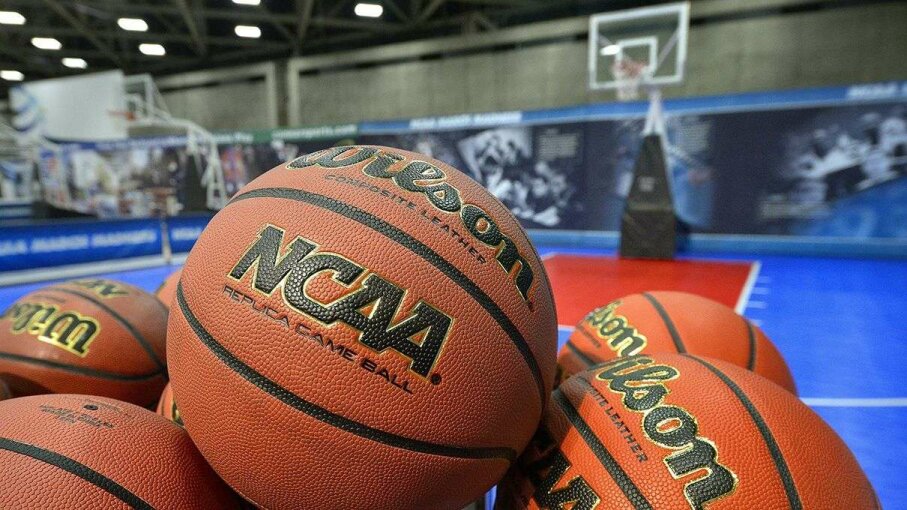 Sure, the odds are long, but it's still worth filling one out, even just to beat your co-worker. Max Faulkner/Fort Worth Star-Telegram/MCT via Getty Images

You fill out your bracket, you plop down your money, you take your chances. That's how it goes this time of year.

And even if you think you know something, even if you're a certifiable NCAA basketball savant, your chances of nailing a perfect bracket ... well, they're not good. They are, in fact, really bad.

They don't call this March Madness for nothing.

"If your goal is perfection," says Jeff Bergen, a professor of mathematics at DePaul University, who has crunched the numbers and understands, maybe better than anyone, how not-good those odds are, "life is going to be pretty disappointing."

This is the time of year that Bergen's phone begins to buzz and everybody looks to him for help in filling out brackets. Nobody, honestly, expects to fill out a perfect bracket. A few years ago, in fact, billionaire investor Warren Buffett (and an insurance company) ponied up $1 billion to anyone who could pick every game in the men's tournament correctly.

Intrigued by the odds — and, of course, the chance to ding an insurance company and Buffett for $1 billion cold ones — millions sent in their brackets. Nobody hit. And the rich stayed richer.

It was a sucker's bet in the first place. Bergen computes the odds of picking all 63 games in the 64-team bracket — starting with the 32 first-round games, and halving the number of games each round until the championship is held — at 2 to the 63rd power.

If you're writing it — or even entering it on your computer keyboard, and rounding off some — the odds would look something like 1 in ...

"The first time I calculated it," Bergen recalls, "I had to check with my wife, who was a middle school math teacher, to go, 'What's the name of that number?'"

It's called, evidently, a quintillion. Bergen's wife had to look it up, too.

"In my everyday life, I don't come across numbers with 18 zeros in it a lot," Bergen says. "It's that enormity, it's a number that intimidating-looking which, I think, attracts people."

Just how enormous is that number? How big are those odds, really? How do you wrap your basketball-overloaded brain around 18 zeros?

As Bergen sees it, your chances of filling out a perfect bracket are about the same as:

"No matter how much you know, your odds are still almost zero. So in some sense you're on an even keel with a person who says, 'I like that uniform. I like their state. My cousin went to that school.'
Jeffrey Bergen, Professor of Mathematics, DePaul University

•   Your favorite NFL team winning the Super Bowl. Every year. For the next 13 years.

•   Superstar Stephen Curry (or anyone else in the NBA) hitting 414 free throws in a row, in game conditions. The current record is 97, by Minnesota's Micheal Williams in 1993.

•   An MLB hitter smacking a home run in 17 straight at-bats. The record, held by many, is four.

•   A quarterback in the NFL connecting on 96 straight passes. In game conditions, of course. The record is 25, set in 2015 by Miami's Ryan Tannehill.

•   And for the less sports-inclined, winning Powerball twice in a row, playing one ticket each time.

•   Or the same political party winning every election through the year 2264.

Much of the fun of March Madness — maybe all of it for the millions of office workers who wouldn't know a pick-and-roll from a jelly roll — is filling out the tournament bracket and trying to beat Kevin or Angela over in accounting. Nobody expects a perfect bracket. (Certainly, no one in accounting should.) Most are just trying to pick more winners than their bosses. Or those losers in accounting.

Need another measure of the difficulty of being perfect? Fans filled out more than 11.5 million brackets on ESPN.com in 2015; only one made it out of the first round without a scratch, and it ended with a loss in Game 35.

What if you could improve those odds of picking a perfect one, though? What if someone had some magic mathematical formula to knock a few zeros off that quintillion?

The quintillion odds are the simplest of simple, Bergen explains. They're calculated as if every game is a coin-flip, with the odds, so to speak, being even.

Bettering Your Odds, Just a Bit

But everyone, even those who spend more time with jelly rolls, understands that there are favorites (in tournament talk, the higher seeds) and underdogs (the lower-seeded teams) in every game. And none of the tournament's four most-favored teams — the No. 1 seeds in each of the bracket's four regions — ever has been beaten by a No. 16 seed in the first round.

So Bergen, in a calculated manner befitting a guy who knows calculators, plugged in the odds of the favorite winning each game in each of the six rounds (32 games, 16 games, eight games, four games, two games and the final).

Because not one No. 16 ever has beaten a No. 1 — mainly because the No. 16s often don't even belong in the tournament, they're just there by virtue of winning a wimpy conference — Bergen figures those games are sure bets. From there, he reduces the odds of the favorite winning any given game just a little in every step in the first round. And then he does the same for each successive round.

It's not a perfect method. Again, if you're looking for perfect, this isn't the place to be. But Bergen figures the odds of scoring a perfect bracket with this method are vastly improved. To the tune of 1 in ...

That's 128 billion (didn't even have to look that up). Which is more manageable, sure. Warren Buffett's billion dollars still are in no danger, though.

It's probably better, Bergen suggests, to not think about perfection and just think about doing as well as you can. Or, better yet, just aim for fun.

It's March Madness. There's no reason to go March mad.

"Look, there are enough math problems that are hard for me; I'm certainly not going to solve any sociological problems," Bergen says. "I'm guessing the issue is, no matter how much you know, your odds are still almost zero. So in some sense you're on an even keel with a person who says, 'I like that uniform. I like their state. My cousin went to that school.' You've got a decent shot of doing just as well in the office pool as the junkie who watches Fox and ESPN 'til 4 in the morning. So there's sort of a great equalizing."

Now That's Cool
The quintillion number that mathematicians cite — it is, without rounding, 1 in 9,223,372,036,854,775,808 — is widely accepted as the chance of picking a perfect bracket when every game is a coin-flip. But there are myriad different numbers for those who don't accept the 1-in-2 coin-flip model. Duke math professor Jonathan Mattingly assigned his own odds to each game, based on seedings. His ended up at 1 in every 2.4 trillion. A Wisconsin professor, Kris Dressler, ended up at 1 in 770 billion. Any way you crunch it, the big winner in this is the NCAA.