What's Up With Women Being Expected to Smile All the Time?

Imagine riding the metro, minding your own business when a passenger across from makes eye contact and says, "You should smile!"

Before we dive into some of the reasons behind this conscious-or-otherwise power play, let's peel back the gender-specific layers on smiling in public places. Marianne LeFrance, a Yale psychologist who has extensively studied gender differences, is the author of several books on smiling. LeFrance's research found that when women and girls were around other people, they smiled more than men or boys did, but when women and girls were alone they rarely smiled at all. She also found that when the power dynamics were equal between individual women and men, the smiling gender gap narrowed.

So what's up with women and girls who smile most of the time in public? One theory, called the warmth-affiliation hypothesis, claims that women smile more because they're naturally more expressive, emotional and empathetic, as Stuff Mom Never Told You host Cristen Conger explains in the video above. But as she points out, it's difficult to take this idea too seriously though. For starters, anxiety and depressive disorders are diagnosed in women at double the rate of men. Plus, there's no gender difference in the number of fake versus genuine smiles given by women and men. Even if women are smiling more, it's entirely possible a fair amount of those smiles are fake.

The dominance status hypothesis, on the other hand, claims that power and social status affect the likelihood of a person smiling around others. It posits that people with less power and social status smile more as a form of compliance to people who hold more power and higher social status. When examined in the context of a gender-unequal society where there are definitely power imbalances, a female's just expected to grin and bear it.

So how about all those people — male or female — feeling frustrated about this whole smiling thing? Men, your intentions seem harmless to you, but it's still a display of dominance. This is especially true if you're going around telling random women to smile. When you request the compliance of a stranger, you assume a higher social status and greater power.

It actually turns out, men are so used to smiles being served up at every turn that you're more likely to misinterpret a woman's smile as a flirt, while women tend to be better at telling the difference between fake and genuine smiles. That's one skill that that might not have such a wide gender gap if men didn't expect women to smile all the time.

The phenomenon of men telling women they don't know to smile has to do with social dominance and gender norms.
Plasticboystudio/Getty Images
Now That's Tricky
Researchers have found that people who see themselves as unselfish exhibit more Duchenne, a fancy word for genuine smiles; smiling becomes a balancing act for women, though. Women in the workplace who don't smile are seen surly, but those who smile too much are judged as incompetent.

13 Not 12 Constellations in the Zodiac, NASA Points Out 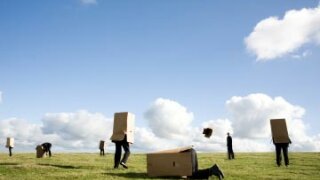 How do we define "normal"? 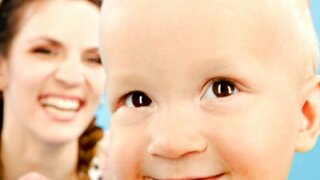 How many muscles does it take to smile? 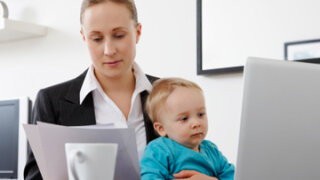 Are men and women's roles in society changing?