by Chris Opfer Jan 24, 2017
Would billionaire "The Simpsons" character Mr. Burns infuse his veins with the blood of the young? We're surprised he hasn't already. Fox/Getty Images

Most folks aren't all that excited about growing old. The anti-aging industry could bring in as much as $300 billion annually in the next few years, as people carve out their bank accounts, sift through their wallets and shake out the couch cushions like some sort of modern day Ponce de Leon. That's a lot of cash spent on Botox, hair plugs, chemical peels and testosterone treatments, among other get-young-quick options. And soon, some age avoiders may even fill their own fountains of youth with the blood of younger people.

Ambrosia is a California-based startup that aims to help people retain a youthful glow by pumping them full of young blood plasma. The project is still in a clinical trial stage, but Ambrosia points to testing results that it says show new, young blood may help reverse some of the physical and mental wear and tear that comes with aging. Even tech mogul Peter Thiel has expressed interest in the company's process.

Blood transfusions have long been used to help accident victims and others who lose a lot of their own blood, but Ambrosia believes swapping in new juice from younger donors (ages 16 to 25) may also be helpful. Once — and if — the company gets up and running, it'll cost about $8,000 to find out if it's right.

Among other research, Ambrosia points to a 2014 study finding that older mice who got a transfusion of young blood saw improvements in their cognitive functioning. And scientists in a separate study two years earlier found that a cocktail of young blood also helped old mice rejuvenate their central nervous systems. What we don't know is how much cheddar of their own the little critters had to fork over in order to participate in those tests.

Transfusing the blood of the young isn't a new idea. Indeed, it dates back to before any successful transfusion ever took place. "The hot and spirituous blood of the young man will pour into the old one as if it were from a fountain of youth," claimed Andreas Libavius, a 16th-century German doctor, "and all of his weakness will be dispelled."

Baby Names Are Getting More Unique in the U.S., Even When Times Are Tough

Why the Inside of a Tornado Gets Super Cold, Leaves You Gasping for Air 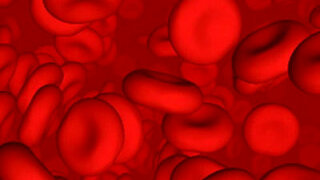 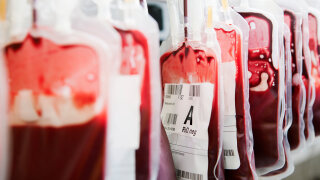 Why Some People Faint When They See Blood