by Discovery Fit and Health Writers
Next

Fear, an emotion aroused by an unfamiliar, sudden, or threatening situation, and usually accompanied by a desire or attempt to escape the danger or threat. Bodily symptoms of fear include speeded-up heartbeat and breathing rate, increased blood pressure, trembling, dry mouth and throat, and interference with digestive processes.

Fear is closely allied to anger. The sudden blast of an automobile horn behind a pedestrian may cause the person to dash in fear to the nearest curb, an action often followed by an outburst of rage. People motivated by fear may be able to perform feats of which they are ordinarily not capable, such as moving heavy obstacles. On the other hand, some people may be frozen motionless by fear.

Types of fear include panic, anxieties, and phobias.

is a sudden overwhelming fright, often groundless, that causes persons to throw reason to the wind and frantically flee from the peril, real or imaginary. Sudden suspicion of a theater fire, for instance, may cause patrons to stampede, trampling other patrons and blocking all escape.

is a feeling of general uneasiness or dread. It is typically a reaction to a real or an imagined threat Severe, chronic anxiety may cause or aggravate physical illness.

is an unreasonable and uncontrollable fear of a particular object or situation. It is considered irrational because the dread is more intense than is justified by the cause. Probably the best-known phobia is claustrophobia, fear of enclosed places.

Most psychologists believe that fear is not an inborn emotion. It develops from situations for which infants are not prepared, such as sudden movements and loud noises. While still very young, they may become afraid of the dark, of being harmed physically, of being left alone, of imaginary creatures. Later they may develop social fears such as that of being ridiculed.

Children learn some fears by seeing others show fear in similar situations. Some fears arise because the child has learned to associate pain or threat of punishment with certain situations.

Various methods are used to eliminate fears in children. These include conditioning; teaching children skills that enable them to meet situations; helping them to understand fear-arousing situations; and giving them opportunites to watch persons who show no fear in similar situations. 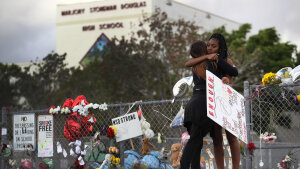 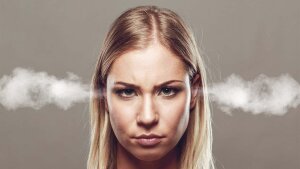 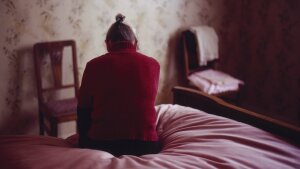