Browse the article 'Hangry' is Real, but Tameable 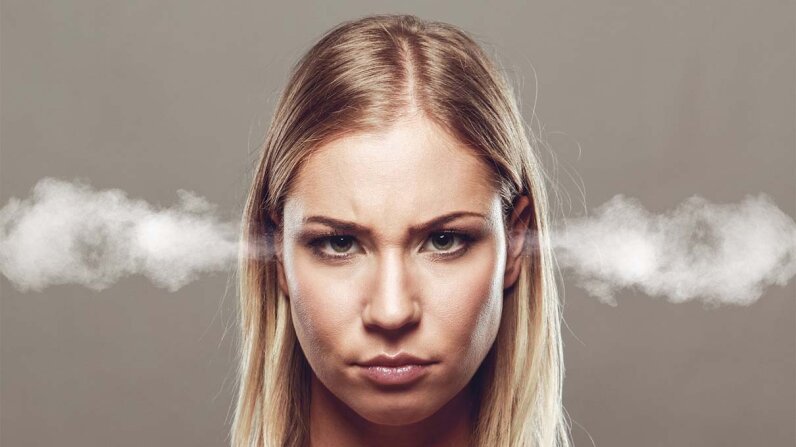 Hungry and angry can be a volatile combination, but context and self-awareness provide keys to taking the edge off that "hangry" feeling. Photo by Kinkate from Pexels

Remember when Snickers taught the world that grown men turn into Betty White when they're super hungry? While you may not transform into a Golden Girl on the gridiron when you're famished, you may feel like punching something — and now there's scientific evidence to legitimize your "hangry" behavior.

A June 2018 study published by the American Psychological Association in the journal Emotion found that two key things determine if hunger will contribute to negative emotions: context and self-awareness. For two online experiments in the study, researchers showed more than 400 participants an image meant to induce either positive, neutral or negative feelings. Subjects were then shown an ambiguous image (a Chinese pictograph) and asked to rate its pleasantness on a seven-point scale and report how hungry they felt.

Guess what? The hungrier the participants were, the more likely they were to give that ambiguous image a big, fat negative review, but only after they were primed with a negative image first (kind of like when you're served an inedible meal and end up going HAM on a restaurant's Yelp page?).

"The idea here is that the negative images provided a context for people to interpret their hunger feelings as meaning the pictographs were unpleasant," said lead author Jennifer MacCormack, MA, a doctoral student in the department of psychology and neurocience at the University of North Carolina at Chapel Hill. "So there seems to be something special about unpleasant situations that makes people draw on their hunger feelings more than, say, in pleasant or neutral situations."

Emotional awareness matters when it comes to hangriness too. In another experiment, researchers asked participants to either show up to the lab after eating or after fasting. Some participants were then asked to complete a writing exercise designed to bring their attention to their emotions, and all participants were then instructed to do a boring computer exercise that was designed to crash juuuust before they could finish. Then — and this is seriously mean — one of the researchers entered the room and blamed the computer crash on the participant in the hot seat.

Those poor participants then had to fill out questionnaires addressing their emotions and the experiment's quality. It's probably no shock that hungry participants reported feeling less than thrilled at the end of all this, but it was the hungry ones who hadn't done the emotional-priming writing exercise who reported more unpleasant feelings like stress and hatred and who perceived the researcher as more harsh or judgmental. What about the participants who spent time thinking about their emotions in that writing exercise? Even if they were hungry, they didn't report the same vitriolic feelings post-experiment.

"A well-known commercial once said, 'You're not you when you're hungry,' but our data hint that by simply taking a step back from the present situation and recognizing how you're feeling, you can still be you even when hungry," MacCormack said.

So, it turns out better self-care and emotional introspection may be the keys to staving off hangry outbursts; not candy bars. But no one assessed which strategy tastes better, so ... do with this information what you will.

Now That's Interesting
"Hangry" was one of the 1,100 entries added to the Oxford English Dictionary this year. Apparently, people have been using the term since 1956 — who knew?