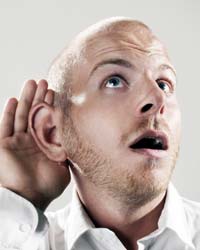 What's that you say? Never go against a Sicilian when baldness is on the line?
Holloway/The Image Bank/Getty Images

In the 19th century, men lost their hair at approximately the same rate they lost their money on baldness cures. Unfortunately, many hustlers had a far better understanding of generating sales for worthless products than of reseeding a barren scalp.

A t­onic marketed as Hall's Vegetable Sicilian Hair Renewer promised to feed the starved roots of your hair and to destroy the bacteria that allegedly caused hair loss. The formula for the tonic came from a mysterious Sicilian who, according to huckster Reuben P. Hall, once crossed paths with the proprietor. Hall must have crossed paths with another Sicilian later on, because the ingredients of the tonic changed around the turn of the century. One of the ingredients, lead, not only helped bring color to the hair, but also ensured that darkened hair would be admired by doctors and undertakers alike, since many customers fell ill to lead poisoning after using the product.

A competing baldness cure was Burnett's Cocoaine. Using the sort of sleight-of-hand that now gets street-level pharmacists killed, the makers of Burnett's Cocoaine didn't add cocaine to their product, but rather coconut oil (also spelled, ahem, "cocoa-nut oil"). No matter what was in the product, it didn't restore hair with the speed its trade name implied.