If you're reading this while lying on your couch, don't think that doing jumping jacks for a minute and then settling back for a "Game of Thrones" marathon will keep you in shape. But on the other hand, maybe you can avoid an hour-long workout and still get the same benefits from 10 minutes of movement.

That's the conclusion from a small new study on exercise getting a lot of buzz -- and headlines stating that one minute of intense exercise is the same as 45 minutes at a moderate pace. That's not exactly what the study says.

Researchers at McMaster University in Canada divided 27 sedentary men into three groups. One group (the control) did no exercise. The second group did moderate exercise, pedaling stationary bikes for 45 minutes at a steady, moderate pace, plus a two-minute warmup and a three-minute cooldown. The third group only had to do five minutes of exercise, plus the same warmup and cooldown. Here's how the routine broke down for them:

So, in all, just one minute of all-out work and 10 minutes of total exercise. Not bad, huh? Anyone could handle that! But were the benefits really as good for group three as for the sloggers in group two?

Both groups worked out three times a week for 12 weeks. Then, the researchers looked at the fitness results of the two groups and found them to be very similar. Insulin sensitivity and cardiorespiratory fitness had improved at the same levels in both groups. (Insulin sensitivity measures how the body regulates blood sugar — low sensitivity increases the likelihood of diabetes; a low cardiorespiratory fitness level is associated with cardiovascular disease). The results were published in PLOS One.

If you thought that the third group was doing something called "interval training," you would be right. You might have already done this at your gym — or at least read about it. Lead researcher Martin Gibala was the first person to show that a few minutes of intense exercise followed by a recovery period was as effective as a longer period of exercise at a slower pace. But this new study is the first to directly compare a brief interval training workout against a longer, more traditional exercise routine.

So while you have to do more than one minute to stay fit, it's good to know that 10 minutes may be all you need — provided you go all out on those sprints.

Now That's Cool
The current World Health Organization recommendation for exercise is 150 minutes per week, but a Canadian Journal of Cardiology study found that doing even half of that still had a lot of health benefits.

TV Antiheroes Like Cersei and Dexter Enthrall Us. Here's Why 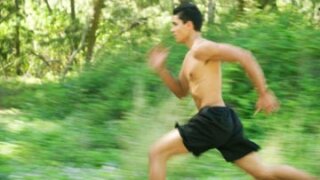 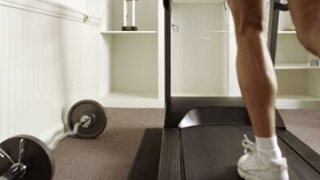 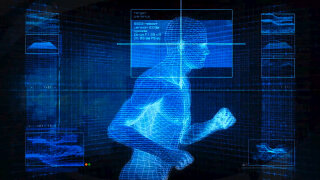 Fw:Thinking: The Future of Exercise is All About Data