by John Donovan Nov 23, 2015
TheassassinationofJuliusCaesar (as reconstructed by a Roman historian group) is one of the most famous betrayals in history. Could Caesar have been clued in to his untimely demise through language? TizianaFabi/AFP/Getty

Betrayal is a shadowy, pernicious act. Friend turns on friend, co-worker on co-worker and, just like that, relationships are stained forever.

You never see it coming. That's the thing about betrayal.

But what if you could? What if, just by conversational clues, you could tell if someone were likely to stab you in the back? That's what a quartet of scholars tried to find in a recent study."

"We all face betrayal at one point or another," says Vlad Niculae, a doctoral student at Cornell University and the paper's lead author. "And even if we don't, we fear it constantly. It's something that's present in all relationships we have, be they romantic or work relationships."

Niculae and his co-authors didn't set out to strictly investigate betrayal. The authors wanted to find out if what we do can be tipped off by what we say.

The problem is, unearthing all communication between two parties is next to impossible. "You can't know everything that happens," Niculae says.

The researchers struck gold when fellow co-author Jordan Boyd-Graber told them about a game called Diplomacy. In the game, players vie for control of all the countries on a map. They don't leave things to chance by, say, rolling dice. Instead, they talk. They plan. They scheme. Players forge relationships with others and then, if necessary, betray them. That's a central theme of the game.

Think a souped-up version of "Survivor," without the headbands and Jeff Probst.

When Diplomacy is played online, all communication is preserved, with everything is there for the scientific taking. So Niculae and the team dove into a motherlode of 249 games and some 145,000 messages, looking for linguistic tics that might foretell what Diplomacy is all about: backstabbing.

You Know You're About to Be Betrayed When ...

After months of running the numbers — the authors are, after all, computer scientists — they reached a conclusion. "Despite people's best effort to hide it," they wrote, "the intention to betray can leak through the language one uses."

Certain types of words, combinations of words, or even the number of words used often betray betrayal.

Some takeaways (with examples from the paper):

Positiveness: Betrayers used more positive words and portrayed a more generally positive vibe just before they did their dirty deed. ("I will still be thrilled if it turns out you win this war.")

Planning: Sadly unaware victims of betrayal often used words that envisioned a future with their betrayers. (Next year, thereafter, then ... )

Politeness: Relationships that ended in betrayal showed an imbalance in politeness. The betrayer was often the more polite one. (Betrayer: "I wonder if you shouldn't try to support Italy ... What do you think?")

Talkativeness: Those who were betrayed ultimately sent more messages and were wordier than their betrayers.

Using What Was Learned

The authors stress that their work won't be particularly accurate in predicting betrayal. In the game, they correctly called a betrayal 57 percent of the time, quite a bit higher than guessing. It's hardly something to stake a personal or a business relationship on, though.

"If there was an easy recipe for [predicting] betrayal, then nobody would ever betray, and the whole world would look a bit different," Niculae says. "You're never going to be able to fully read somebody, or fully anticipate what they're going to do. But it's an extra thing that we can look at ... With enough experience, you might be able to pick up on things that other people don't."

More important than a specific word or phrase is the entirety of the language in a relationship. Niculae and his faculty mentor at Cornell, Danescu-Niculescu-Mizil, stress the importance of balance between partners, whether they're friends or negotiating groups or co-workers tackling a project for their boss. 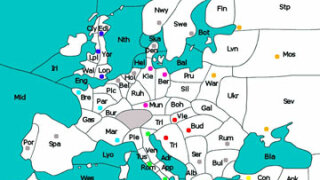 How to Play Diplomacy 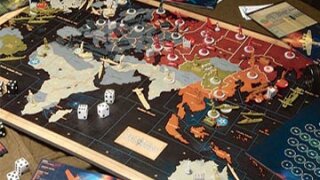 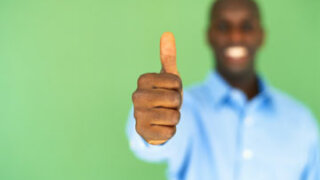