by Stell Simonton Aug 2, 2018
The sight of a street musician asking for donations is not unusual in most major cities. Are artists hardwired to expect lives of poverty? Wikimedia Commons (CC BY 3.0)

The image of the starving artist is a well-known cultural stereotype. But is it simply a stereotype or could the brain chemistry of artists actually be responsible for their tendency toward poverty? An experiment conducted in Germany raises this question — and probably the eyebrows of many artists.

As reported in the April 2018 issue of the Creativity Research Journal, Roberto Goya-Maldonado and associates at the Systems Neuroscience and Imaging Lab in Gottingen sat down 12 artists and 12 non-artists and gave them colored images to choose from on a screen, including green images that provided a cash reward. When the green images popped up and were chosen, the non-artists' brains showed a great deal of activity in the pleasure area that releases dopamine. Brain scans of the artists showed less activity in the dopamine-producing area. Goya-Maldonado concluded that the artists were less responsive to monetary rewards than other people.

"These results support the existence of characteristic neural traits in artists," wrote Goya-Maldonado in the study. But do these neural traits mean that all but the most successful artists in fact have low earning potential?

First of all, the poverty of artists may be exaggerated. As a group, artists in the United States have higher incomes than the average American worker, according to census figures analyzed by the National Endowment for the Arts in 2013. The median income for craft and fine art artists in 2017 was $49,160 per year, or $23.64 per hour, a livable wage by most standards.

And second, the nature of the art market makes the life of an artist a bit less fundamentally secure. Painter and professor Dave Beech, in his book "Art and Value: Art's Economic Exceptionalism in Classical, Neoclassical and Marxist Economics" described how the art market is different from the market for most goods. Art is not a standard commodity, he wrote. The creation of art, as well as the marketing and purchase of art, are outside the bounds of the "regular" market. Art is not usually made as a result of corporate investment, artists do not generally get an hourly wage for their labor and the price of art is not set through competition in the way other products' prices are determined. The art market is different — and it shapes the prices artists can set and expect for their labor.

Dutch painter and sociologist Hans Abbing explored the mindset, as well as the socio-economic forces, that lead to what he called "the immiseration of artists." For one thing, the art market has a "winner-take-all" attitude, he said. In addition, artists may not have other skills and so remain in the work that they are drawn to. Artists also find non-monetary, creation-based rewards in their work, he said.

NOW THAT'S INTERESTING
If you earn more than $21,000 a year, you are part of the richest 4 percent of the planet.

Where Are the Women of Wikipedia?

Elephants Are Terrified of ... Honeybees? 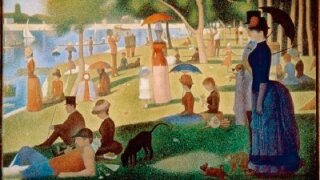 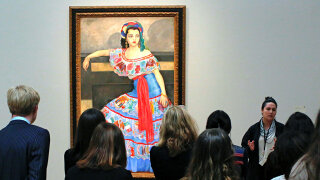 In Mexico, Artists Can Pay Their Federal Taxes With Artwork