by Chris Opfer Jun 6, 2016
New research indicates that habitual selfie-takers may increase their self-favoring bias, affecting how they view photos of themselves. Maskot/Getty Images

From the early days of Hot or Not to new frontiers in romance blazed by dating apps like Tinder and Scruff, new technology seems to be making it easier and easier to rate and be rated on physical looks alone. Many folks are happy to comply. After all, they don't make those irritating selfie sticks because people are camera shy.

Whether it's a night out on the town or a lazy Sunday in bed, certain smartphone users seem to think any time is a good time to snap a quick photo of themselves. The truth is that far fewer people may want to check out those shots of your mug than you might think.

A new study out of the University of Toronto published in the journal Social Psychological and Personality Science finds that people who take selfies tend to be judged as less attractive, less likable and more narcissistic than those who don't. That's despite the separate finding that selfie takers view themselves as more attractive and likeable in their photos than they find themselves in shots taken by other people.

The researchers asked nearly 200 college students – half who reported that they regularly take selfies, and the other half who don't – to snap their own selfies, and then be photographed by another person. They were then asked to gauge how attractive others would find them in each photo. The team had a separate, independent group of participants rate the photos for attractiveness, likeability and narcissism (that's right, you can't hide how much of a kick you get out of yourself).

The non-selfie photos generally rated higher on all counts than the self-taken shots. Although both groups rated themselves more attractive in their selfies than they were scored by the outside group, the gap was significantly larger for the regular selfie takers. They also rated much higher on the narcissism scale. Regular selfie-snapping may increase people's susceptibility to a self-favoring bias, the researchers, conclude, emphasizing that as autobiographical portrait takers develop more techniques and strategy to take flattering photos of themselves, they lose sight of how others view them.

Well, that settles it — that selfie statue in Sugar Land, Texas, that everyone's talking about really is as ugly as we all think. And full of itself, too.

Terrorists Could Use Virtual Reality to Prepare for Attacks 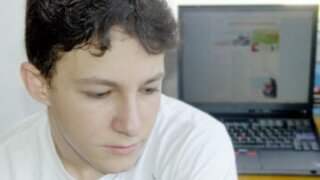 7 Animals You Should Never Take Selfies With