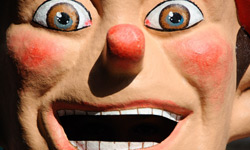 Whether you're afraid of clowns because of Stephen King's "It" or for some other reason, phobias are nothing to laugh at. See more mental disorder pictures.
Hemera/Thinkstock

If you've watched Stephen King's "It," you may find yourself with a new, unhealthy fear of clowns (coulrophobia) -- and you're not alone. While there are no statistics on some of the stranger phobias, such as how many people suffer from the fear of clowns, an estimated 19.2 million American adults suffer from specific phobias [source: National Institute of Mental Health]. That's about 9 percent of Americans ages 18 and older.

Phobias are exaggerated, irrational fears, and they're considered a type of anxiety disorder. There are three categories of phobias: agoraphobia, social phobia and specific phobias. Agoraphobia is the fear of not being able to escape easily from a place or event, and people who suffer from this phobia most often avoid open and public spaces. Social phobias cause people to have irrational fear of being around other people and social situations.

Then there are specific phobias, which occur when a person is irrationally afraid of a place, object or situation, such as the fear of flying (aviophobia) or the fear of public speaking (glossophobia). Specific phobias are broken into five different types:

These phobias often develop when we're kids and are thought to be caused by traumatic events, brain chemistry and learned behaviors from our parents.

Specific phobias can range from something common, like a fear of heights (acrophobia), to the more obscure, such as an excessive fear of the color purple (porphyrophobia) or of beards (pogonophobia). While people suffer from a countless number of phobias -- imagine you could develop intense fear of almost any situation or object -- we've collected 10 of the strangest ones out there. First up, let's talk about the irrational fear of paper.

What are the odds you have something in common with actress Megan Fox? If you have an irrational fear of paper, you're in luck -- so does she. While Fox has expressed her fear of dry paper, not all sufferers of this phobia, known as papyrophobia, fear paper in the same way. Some may fear touching paper, while others may fear torn, wet or blank paper, among all the other ways you might encounter paper.

Fearing an item that permeates our lives as much as paper does can be debilitating, and treatment may include a combination of cognitive behavioral therapy (to learn coping skills), desensitization and, if necessary, medications such as anti-anxiety drugs. And an e-reader.

It may be fun to joke about the old man who lives down the street yelling at kids to stay off his lawn, but there really is a fear of youth -- ephebiphobia, which was originally classified as a fear or loathing of teenagers. It's unlikely that the cantankerous old man in the neighborhood suffers from anything other than a bad mood, but some people do live with an irrational fear of teenagers, leading to avoidance, paranoia, exclusion and even discrimination. Treating a phobia such as this one may require a combination of tactics, including talk therapy to learn the root of the problem and develop coping skills to alleviate the fear.

Fear of certain age groups isn't just limited to the fear of teenagers. Sufferers of gerontophobia have an exaggerated fear of the elderly, while those who suffer from pediaphobia irrationally fear infants and children 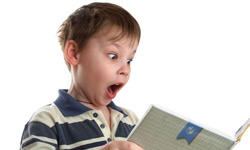 Metrophobia often has its roots in our first exposure to poetry, when deciphering a poem could make us feel frustrated or like we've failed.
Hemera/Thinkstock

Do sonnets make you sweat? Haiku make you hide? If a limerick, naughty or not, causes you to panic and find the nearest exit, you may suffer from metrophobia, the fear of poetry.

While pinpointing the cause of some phobias may be difficult, being afraid of poetry may have its roots in how we're introduced to the literary art. Poetry has a reputation. Poetry is for academics. Poetry is elite. We're afraid that we won't be able to interpret its meaning and we'll look foolish. What poetry is, really, is just a form of expression that we're not accustomed to seeing on a daily basis, and our unfamiliarity makes us uncomfortable. Making peace with poetry doesn't have to be hard, and poetry doesn't have to be refined. There once was a man from Nantucket....

Emetophobia is actually quite common, but it's unlikely you've heard of it. Why? Because people don't like to talk about their fear of vomiting.

People suffering from emetophobia may find themselves afraid of being sick, often avoiding situations that may cause them gastrointestinal distress. They may avoid foods prepared by others, or certain foods and beverages in general, because they fear food poisoning. This puts sufferers at risk of developing eating disorders. They may be sticklers about cleanliness, again fearing food poisoning, bacteria or other contamination. Women may avoid pregnancy because they're afraid of the vomiting associated with morning sickness. They may also avoid hearing, seeing and caring for others who are sick.

Because the root of this phobia often lies in a traumatic childhood experience, such as feeling a loss of control or being a burden when sick, coping with emetophobia means exploring the anxiety behind it. Cognitive behavioral therapy can help a sufferer learn coping mechanisms, and if the fear triggers panic attacks, medications may be helpful.

Getting a good night's sleep, every night, is important for mental and physical health. As a group, Americans frequently don't get enough sleep. Adults need about seven to nine hours of sleep every night, but roughly 29 percent of adults report sleeping fewer than seven. Feeling tired? You're probably not as tired as those suffering from somniphobia, the fear of sleep.

Treating somniphobia is similar to treating other phobias: Before you can treat it properly, you need to know the cause. Rather than relying on sleeping pills, cognitive behavior therapy -- the same type of therapy used for other anxiety disorders -- may help a somniphobic regain control over sleep habits and remove the negative associations with sleep.

You may love or loathe feet, prefer a button nose over a Roman one or wish your skin wasn't starting to sag as you age, but there's a difference between a preference for what you find attractive (or unattractive) about yourself and others and having an extreme fear of those feet or noses. Geniophobia is one of those fears -- the fear of chins. Not the fear of a developing a double chin, but the fear of looking at and touching the body part, whether it's your own or one belonging to a stranger. It may sound strange, but those who suffer from phobias know that the fear is irrational. Luckily, treatment such as talk therapy, exposure therapy and medications can help patients overcome most phobias.

Having a fear of chins puts you in good company, at least as far as body-oriented phobias are concerned. There is also a fear of knees, called genuphobia, and a fear of hands, called chirophobia. And those who are afraid of belly buttons? They suffer from omphalophobia.

People who suffer from phobias find themselves suddenly filled with dread, short of breath and dripping with sweat because they've encountered a situation or object that, for whatever reason, triggers a deep, persistent fear and overwhelming sense of anxiety. Some phobias, such as a fear of thunder or spiders, don't disrupt life in such a way that they require treatment. Others, such as chromophobia, can be paralyzing to those who suffer from them. Chromophobia is the fear of color, and people with this phobia make dramatic life changes to avoid their fear. Imagine trying to live in a colorless world.

Mirror, mirror on the wall... if you suffer from this phobia there's little chance you have a mirror on your wall or anywhere else. Eisoptrophobia is an exaggerated fear of mirrors and reflective surfaces. It may manifest itself as a fear of looking into a mirror and seeing one's own reflection, or it may be rooted in superstition, such as a fear of breaking a mirror and the resulting bad luck that is said to ensue. There's one thing for sure -- narcissists don't likely suffer from this disorder.

What is onomatophobia? Fans of "The Princess Bride" might be able to guess this one. Miracle Max couldn't stand to hear the name "Humperdink" because it caused painful memories to surface. Perhaps he suffered from onomatophobia, the fear of hearing a certain name.

Many of us have surely daydreamed about having this strange phobia: ergophobia, a chronic and irrational fear of work.

Ergophobics experience exaggerated levels of anxiety regarding work, whether they're in the workplace, called upon to do work or have to face anything associated with a typical workday. Ergophobia may also look and feel like a few fears wrapped into one. For example, the fear of public speaking (glossophobia), the fear of being around other people (a social phobia) and the fear of failure (atychiphobia) may all play a role in ergophobia. Treatment with cognitive behavioral therapy, exposure to the workplace to desensitize the fear and medications may all help ease this phobia.

If you suffer from phobophobia, you probably didn't make it this far in our list of strange phobias due to your crippling fear of, well, phobias. Phobophobia is the fear of phobias, or the fear of developing a phobia. In other words, it's the fear of fear.

Fear is necessary for our survival -- when we're threatened (or we perceive a threat) our flight-or-fight response kicks in. It's an automatic, physiological response. Phobias, however, are anxiety disorders. They are persistent and exaggerated responses to fear that can cause symptoms ranging from sweaty palms and increased heart rate to panic attacks and social isolation.

If you don't have a fear of phobias themselves, consider this: What about the fear of Greek terms and scientific terminology? People with this fear have a phobia known as hellenologophobia. 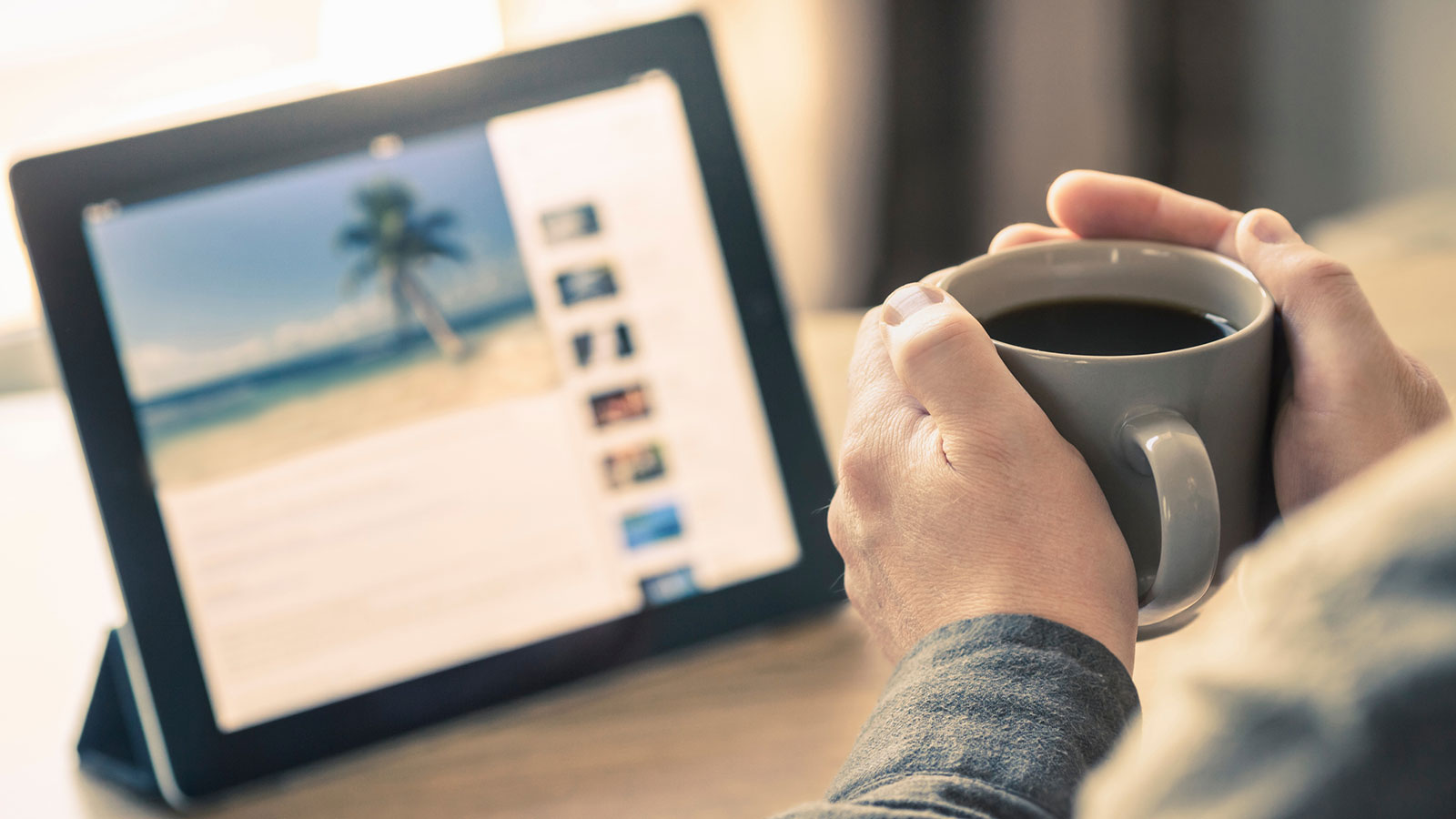