People with "multiple personalities" must be faking it 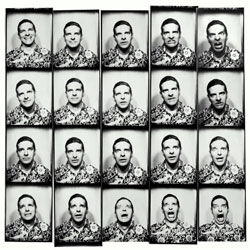 The primary personality is typically unaware of the presence of alters.
David McGlynn/Getty Images

Lots of people are skeptical of "multiple personalities," but there's actually good physical evidence suggesting the disorder is real. Studies have found that "alters" (secondary personalities) have different heart rates and blood pressures than the main personality.

Other dissociative disorders are widely accepted as real, including dissociative fugue, dissociative amnesia and depersonalization disorder. DID is the most extreme form of dissociation.

Diagnosing it is difficult. People suffering from DID typically spend years in the mental health system before anyone considers they might have alters. There are some diagnostic criteria, though, that can help identify people as suffering from dissociative identities, including "lost time," frequent and extensive memory lapses, and often being accused of lying when they sincerely believe they are telling the truth. And of course, they have at least two separate personalities -- often with different names, appearances, mannerisms and attitudes -- that control behavior, thought and perception at different times. The primary personality is typically unaware of the presence of alters.

Many experts believe that people suffering from DID are genuinely ill. That doesn't mean, however, that no one is faking it. People accused of crimes and those suffering from Munchausen's syndrome have been found to pretend to have "alters" in order to escape jail or get attention, respectively.