by Alia Hoyt Oct 10, 2017
A new report makes the claim that animal hoarding should be considered a separate diagnosis from general hoarding. Margo Silver/Getty Images

Even the hardest of hearts are likely to be saddened by animal hoarding cases, which too often reveal sick, neglected and dead animals. This is not an uncommon occurrence, either. At least 700 and 2,000 animal hoarding cases are exposed every year in the United States alone, each of which may involve dozens, even hundreds of animals living in filthy conditions. Some experts have struggled with whether or not animal hoarding merits its own diagnosis, separate from object or general hoarding. Researchers from Brazil recently released a report in the journal Psychiatry Research that supports the creation of the separate diagnosis.

The group conducted field visits to the homes of 33 hoarders in Porto Alegre, Brazil. The average number of animals in each location was 41, mostly cats and dogs — giving a total of 1,400 animals affected. The researchers talked at length to the subjects about their backgrounds, lifestyle and living situations. Analysis showed that 64 percent of them were elderly, 75 percent were low-income and 88 percent were not married.

"They think they are like missionaries, that they are saving these [animals'] lives ... and that they are the only ones who can care for them," researcher Elisa Arrienti Ferreira told Science Magazine. "When you speak to someone who is hoarding objects, they don't say things like that. Instead, they say they are keeping things because they think they might need them someday."

And although the DSM (the diagnostic manual of the psychiatric profession) stated that most animal hoarders also hoarded objects, Ferreira found that to be true only half of the time. Most of those interviewed described a major traumatic event — like the death of a child as the catalyst for the animal hoarding.

In addition, "The processes of disengaging from or donating animals also differ from those of object hoarding, since there is an affectional bond with lives and not with unanimated objects," the scientists write in the study. "In this sense, the characterization of Animal Hoarding Disorder as a new mental disorder may arouse great interest from both clinical professionals and researchers."

Not so fast, say some experts. Animal hoarding is accepted as a special manifestation of general, compulsive hoarding. However, it takes a huge amount of study for a new diagnosis to be created. "It is premature to establish such a diagnosis," explains Dr. Gail Steketee, with the Boston University School of Social Work in an email interview. "Although we have a working definition for animal hoarding, this has not yet been established through rigorous research and vetted through the psychiatric channels. We do not have comprehensive studies of those with the condition and corroborating information from professionals who treat them."

More in-depth study can't come fast enough for experts and those affected by animal hoarding, whether or not a new diagnosis is necessitated. "The consequences of animal hoarding can be quite severe not only for the animals themselves, but anyone living nearby," says Smith College psychology professor Dr. Randy O. Frost in an email. "It is not uncommon to find large numbers of sick and/or dying animals in homes that also threaten the health of any humans living there."

Frost co-authored a paper comparing object and animal hoarders in 2011. It noted that because animals are legally considered property, it would seem that hoarding animals would qualify as hoarding disorder, with people who hoard objects displaying many similar characteristics to those who hoard animals. These include a need for control and intense emotional attachments to objects/animals, as well as not being aware they had a hoarding problem. There were also differences, one being that animal hoarders tended to live in very squalid conditions, which was true for only a small group of object hoarders.

However, much is unknown. And Ferreira's study is pretty small.

"The fundamental conclusion is that we know so little about animal hoarding that it is hard to justify a new diagnosis," says Frost. "There was great pressure to avoid creating new disorders when DSM-5 was put together [it was released in 2013]. One option that was considered was to include animal hoarding as a special subtype or specifier under hoarding disorder. It was concluded that there was simply not enough known about it to do so."

Now That's Cool
Serial animal hoarder Vikki Kittles was repeatedly busted for decades of animal abuse in Florida, Mississippi, Colorado, Washington, Oregon and Wyoming. Oregon officials found her case so frustrating and riddled with limitations that she inspired the "Kittles Bill", which turned aggravated animal abuse into a felony, and also gave shelters the ability to give veterinary care to animals seized from hoarding cases. 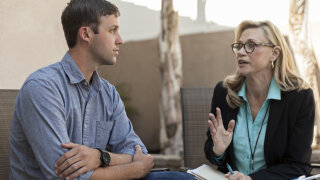 How the Diagnostic and Statistical Manual of Mental Disorders Works 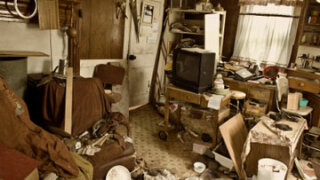 Hoarding Signs and How to Get Help

Is hoarding an inheritable disease?